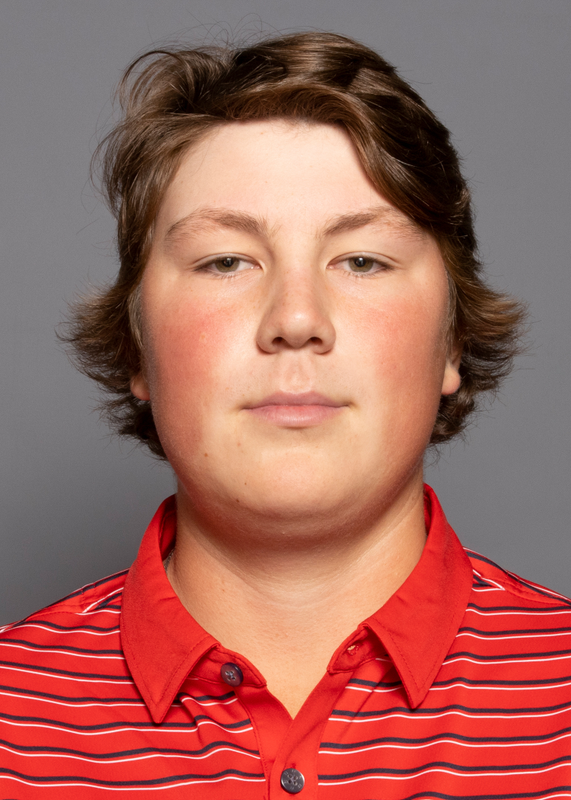 FRESHMAN (2021-22): Named Mountain West Freshman of the Year … appeared in 11 events with a 73.21 stroke average … had 13 rounds of par or better … season-best total of 209 (7-under) to be the Lobos’ top finisher at Southern Highlands Collegiate …  shot a season-best round of 67 at the John Burns Intercollegiate … finished T-23rd at the Mountain West Championship.

PERSONAL: Born July 24 in Minneapolis, Minn. to parents Ann and Tim … majoring in business … hobbies include working out, playing sports and fishing … favorite athletes include Tiger Woods and Michael Jordan … favorite foods include Chipotle and steak … favorite movies include Indiana Jones and The Greatest Game Ever Played … fun fact: Herron is a fourth-generation golfer as his father, grandfather and great-grandfather have all competed in U.S. Opens.

NOTE: Carson Herron’s father Tim is a three-time All-American for the Lobos who graduated from UNM in 1993. He was a two-time WAC Golfer of the Year and went on to play 25 years on the PGA Tour and was inducted into the UNM Hall of Honor in 2017. he has collected four PGA Tour wins over the course of his career and currently plays on the Champions Tour.