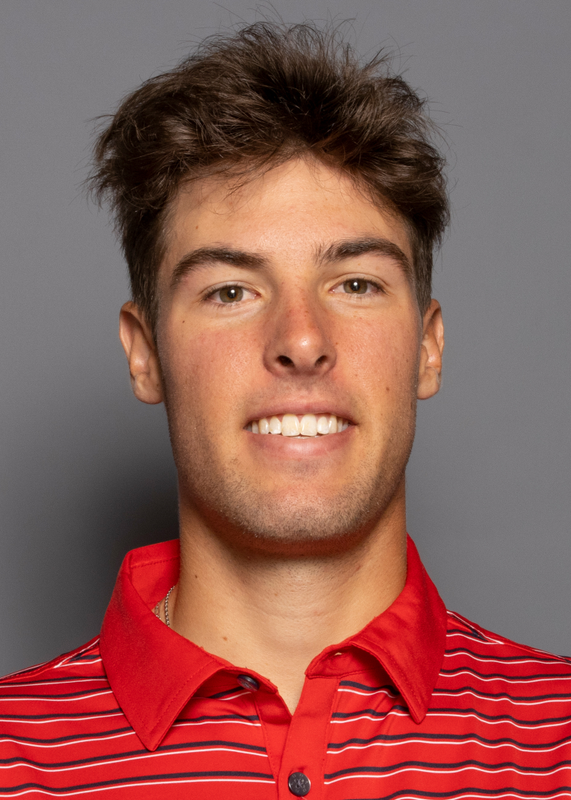 SOPHOMORE (2021-22): All-Mountain West … Srixon/Cleveland Golf All-American Scholar … appeared in all 13 events … second on the team with a 72.00 stroke average … had two top-5 finishes and four top-10 finishes … 22 of 39 rounds on the season were par or better … season-best 201 (12-under) to finish T-2nd at Thunderbird Collegiate to earn Mountain West Player of the Week … Finished T-4th at the Aggie Invitational … top-six finishes at both the Wolf Pack Classic and John Burns Intercollegiate to help the Lobos win team titles … season-best round of 64 in the final round of the Maui Jim Intercollegiate.

FRESHMAN (2020-21): Named 2021 Mountain West Freshman of the Year … led UNM through two tournaments, the PING Cougar Classic and the 2021 NCAA Albuquerque Regional … best finish was tied for fourth overall in the 2021 NCAA Albuquerque Regional (-9) … competed in all eight tournaments on the season … posted a pair of top-five finishes to go along with a top-15 and a top-20 finish … 20 of his 21 rounds counted for team scoring for a team-high 95.24 percent rounds counted … averaged 72.08 strokes per round … posted a low round of 66 at the PING Cougar Classic and NCAA Regional … named to the 2020-21 Mountain West All-Academic Team … named a 2020-21 Mountain West Scholar Athlete.

PRIOR TO NEW MEXICO: Three-time champion at the French Golf Federation Tour … has earned first-place finishes at the Vice European Championship (under-14 division) and the State Championship (under-16 division) … competing in the under-16 age group, he reached an outstanding fifth-place ranking and holds a low-round score of 66 (-6) … competed for Bondues Golf Club.

PERSONAL: Born April 21 in Saint-Martin-Boulogne, France to parents Christine and David Amat … has one sibling, Elvina (25) … hobbies include golf, going to the gym, learning about science and space and extreme sports … favorite athletes include Brooks Koepka, Rory McIlroy and Dustin Johnson … favorite movies include all of the Star Wars movies.