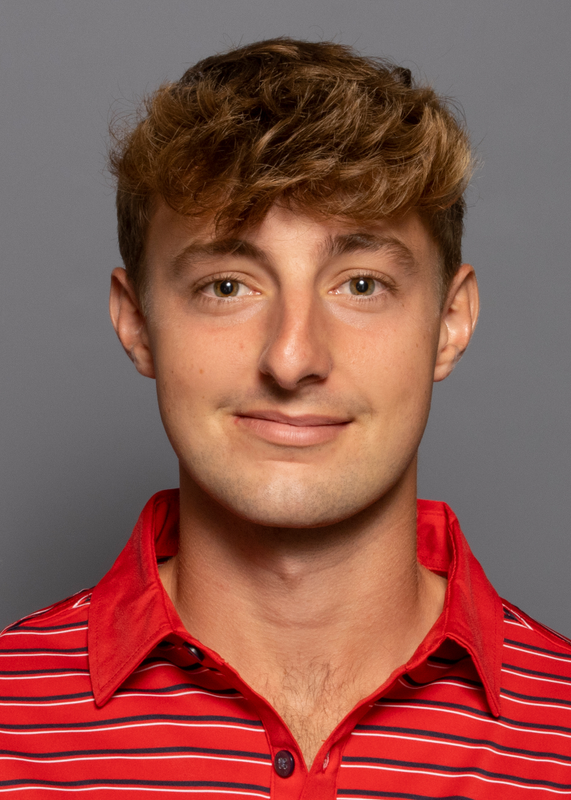 JUNIOR (2021-22): Appeared in three events in the fall before missing the rest of the season due to injury … had a stroke average of 72.78 … won the Wolf Pack Classic with a score of 210 (6-under), helping the Lobos win the team title … season-best round of 69 in the final round of the Wolf Pack Classic … with the victory in Reno, earned a sponsor’s exemption to the 2022 Barracuda Championship in Tahoe, where he made his PGA TOUR debut.

SOPHOMORE (2020-21): Named NCAA DI Srixon/Cleveland Golf All-American Scholar … named Mountain West Golfer of the Week on April 22 … named to the 2021 All-MW Team … led the Lobos in a pair of tournaments including the Thunderbird Collegiate where he tied for first and the season opener at the Arizona Intercollegiate where he tied for fifth … first collegiate win came at the Thunderbird Collegiate where he finished -12 … saw action in all eight of UNM’s contests … posted three top-five finishes … tied for fifth overall at the 2021 Mountain West Championships … posted a team-low single-round score of 65 twice … tied for second on the team with a 71.75 scoring average … 20 of his 24 rounds counted for the team score for 83.33 percent counted rounds on the season … named to the 2020-21 Mountain West All-Academic Team … named a 2020-21 Mountain West Scholar Athlete.

HIGH SCHOOL:  Graduated from CAR de Sant Cugat in 2019 … ranked 345th in the World Amateur Golf Rankings … winner of the Grand Prix de Landes and runner up in the Spanish U18 Championship … has represented Spain in multiple tournaments including the Toyota Junior World Cup where he tied for third overall and the European Boys’ Team Championship … registered an average score of 72.31 in 2019 under high-school coaches Joan Bronchales, Fernando Font and Ricardo Boada.