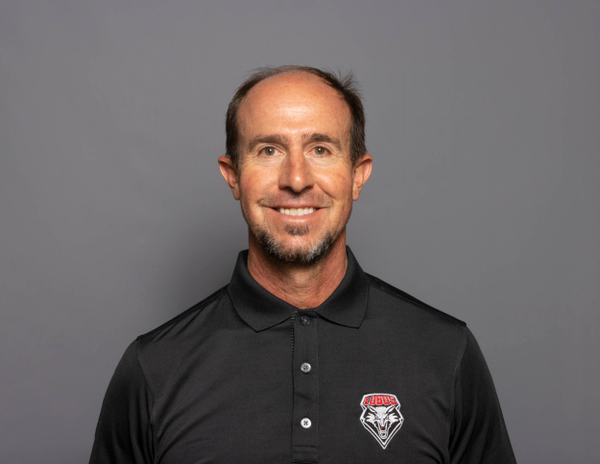 Zimmerly is currently the head Pro at Ladera Golf Course in Albuquerque. He was a successful Sun Country section player and have played in events on both the Nike(Nationwide) and Hooters tour. Zimmerly also is an instructor for the University of New Mexico, teaching Continuing Education Golf 1 at Ladera golf course. He currently also caddys on the PGA, Nationwide, and LPGA tours for players such as former Lobos Kent Jones, DJ Brigman, Brian Kortan, LPGA rookie of the year Dorothy Delasin and Notah Begay III. Zimmerly attended NMSU’s first class of the PGM program from 1988-92. He worked for Hank Haney at Stonebridge in Dallas, Texas, following graduation. He spent three years at Arroyo Del Oso in Albuquerque before moving across town to Ladera where he has worked for the past 13 years. Zimmerly is married to former Lobo women’s golfer Kari Hunter (1989-93). The couple has two girls, Kaitlin and Kourtney. Zimmerly’s father, Sam, is also a former Lobo golfer, having played for legendary coach Dick McGuire.