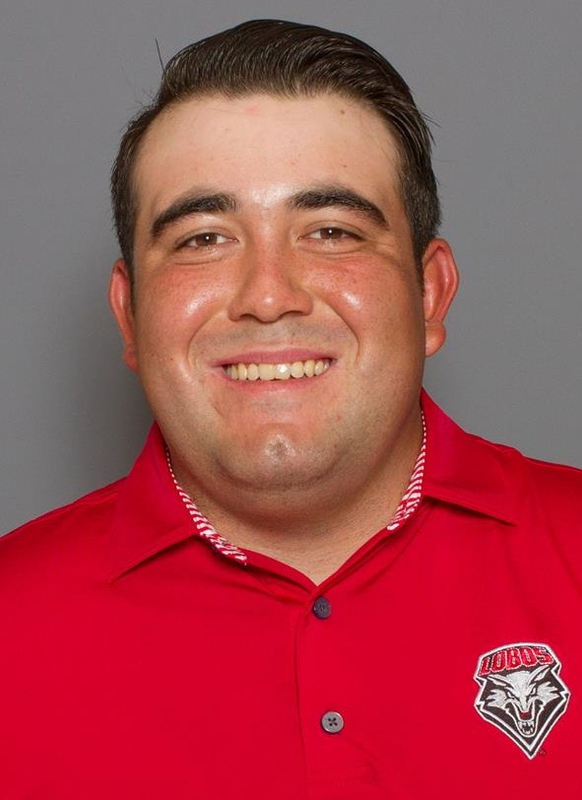 Sean Carlon enters his third year as the volunteer assistant men’s golf coach for the 2021-22 season. Carlon served as a key member of the Lobos from 2015-19 and has since turned pro, competing in several events following his graduation.

Carlon appeared in 50 tournaments during his time at UNM and maintained an average score of 73.39 across his 144 recorded rounds. In his senior season, Carlon reached a personal-best national ranking of 115th as he was the top Lobo finisher in seven of the squad’s 12 tournaments.

Carlon also registered his career-best finish as a senior, tying for first with current junior Galven Green at the 2019 Mountain West Championships on April 26-28. Having qualified for the NCAA Louisville Regional on May 13-15, the Lobos were led by Carlon who ended his collegiate career with a 6th-place finish, shooting a 209 (-4) and landing three strokes out of first place.

Following his senior season, Carlon was named to the Division I PING West All-Region Team by the Golf Coaches Association of America (GCAA) being one of just two golfers in the Mountain West to earn the all-region honor among 150 golfers nationally.

Carlon was born and raised in Albuquerque, N.M. and graduated from Hope Christian High School in 2015. He graduated from The University of New Mexico in 2019 with his bachelor’s degree in communications and criminology.