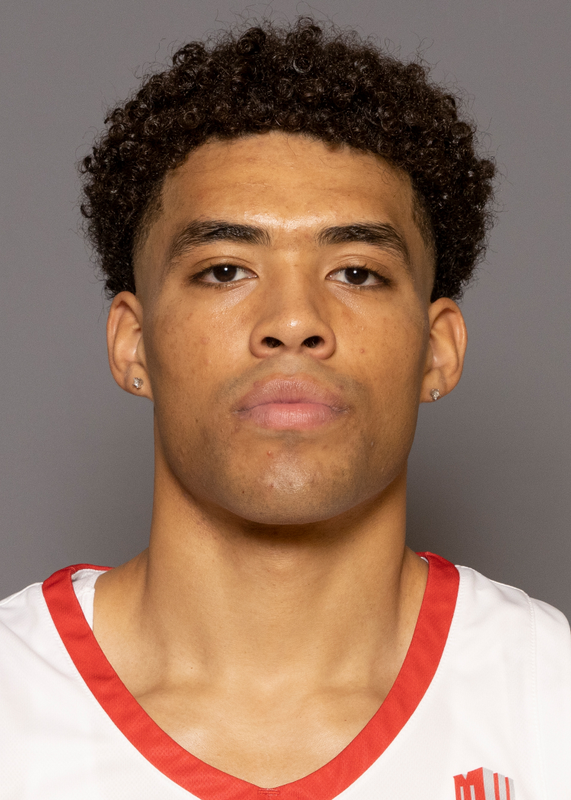 2020-21 SEASON (FRESHMAN)
• Appeared in all 22 games, making three starts
• Averaged 2.9 points and 1.6 rebounds per game
• Had one double-figure scoring game
• Had career-highs of 10 points and six rebounds against Fresno State in the Mountain West Tournament (Mar. 10)
• Scored two points at Rice in his collegiate debut (Dec. 13)
• Made first career start at UNLV (Jan. 18)
• Ended the season strong, avergaing 9.0 points and 6.0 rebounds in starts at Colorado State and against Fresno State in the final two games of the year

HIGH SCHOOL
• Played at Cheyenne Mountain High School in Colorado
• First-team All-State as a senior
• 2021 CHSAA 4A Player of the Year
• Averaged 30 points and 10.2 rebounds as a senior
• Led his 4A district in scoring
• Averaged 22.4 points, 9.6 rebounds and 1.8 steals per game as a junior
• Ranked as the No. 2 player in his class in Colorado by 247Sports
• Three star recruit by 247Sports and Rivals
• adidas Nationals qualifier
• Played AAU ball for KC Run GMC and Chauncey Billups Elite

PERSONAL
• Birthday is May 20
• Son of Veronica and Joseph Johnson
• Has a younger sibling, Jallia