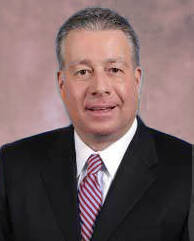 Dave Pilipovich returned to the program as Special Assistant to the Head Coach in May of 2022. Pilipovich, who served in the same role for the Lobos in 2020-21, came back to UNM after spending the past season as an assistant coach with the Austin Spurs of the NBA G-League.

Pilipovich brings over 35 years of coaching experience to New Mexico, including over a decade in the Mountain West. He was the head coach at Air Force for eight seasons (2012-20), and served as an assistant coach at Air Force, Michigan, Eastern Michigan, Robert Morris, Georgia State and Florida Atlantic during his career.

Prior to his one season with the Lobos in 2020-21, Pilipovich coached at Air Force for 13 seasons, the last eight as head coach. From 2012-20, he amassed a 110-151 record at the academy and led the program to more six-win conference seasons (five) than any other coach in Falcon history. During his time as Air Force head coach, the Falcons recorded three of the four ranked victories in program history, including a win over No. 12 New Mexico in the 2012-13 regular season finale at Clune Arena, the program’s only win over a top-12 opponent.

Before his tenure at Air Force, Pilipovich spent two years at Michigan. In his first season with the Wolverines, he served as the administrative assistant to head coach Tommy Amaker and helped the team reach the NIT final. He then served as an assistant coach during the 2006-07 season as Michigan again reached the NIT.