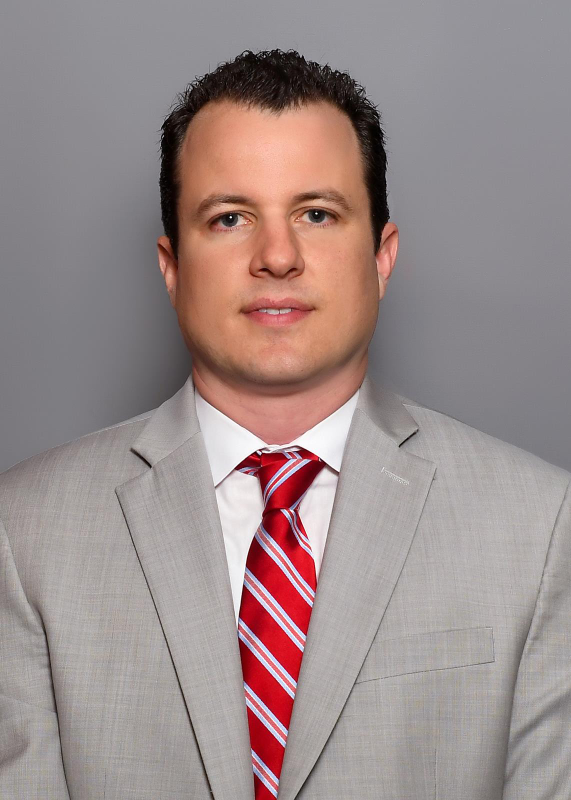 Paul Weir was named the 21st head men’s basketball coach at The University of New Mexico in April of 2017 and is entering his fourth season at the helm of the Lobos in 2020-21.

In his first year as the head coach of the Lobos, Weir guided New Mexico to a 19-15 overall record and coached a preseason ninth-place team to a third-place finish in the league. He also powered UNM to the Mountain West Championship title game for the first time since 2014. In his second season, UNM enjoyed its largest margin of victory over a top-10 ranked opponent with a 27-point win over then-undefeated No. 5/6 Nevada (85-58). The Lobos finished the season 14-18 and sixth in the Mountain West.

In the 2019-20 season, Weir led the Lobos to a 15-3 home record, showing off his team’s talent in front of nearly 200,000 total fans, the highest season attendance in The Pit since 2015-16. UNM kicked off the season with a 12-0 home streak which continued a pair of straight home victories to conclude the 2018-19 season for a total of 15 straight home wins, marking the 12th-longest home win streak in program history. Weir’s Lobos led the Mountain West in steals per game with a whopping 8.09 before ultimately falling in the MW Quarterfinals to the eventual Tournament Champion, Utah State. In all three of Weir’s Mountain West Tournament appearances, he has led his Lobos into battle with an eventual defeat to the league champion.

The 2019-20 season also saw the Lobos top their first Power 5 team since 2012 with a 59-50 victory over Wisconsin at the Barclays Center in Brooklyn, N.Y., as well as the first sweep over in-state rival New Mexico State in Weir’s tenure.

Weir came to UNM after a 10-year stint, including the final season as head coach, with New Mexico State University. In his first nine seasons at New Mexico State, the Aggies made five NCAA Tournament appearances along with three regular-season Western Athletic Conference (WAC) Championships.

Weir led New Mexico State to unprecedented success in his lone season as head coach during the 2016-17 season. The Aggies went 28-6 overall, 11-3 in the Western Athletic Conference, and won the WAC Tournament Championship to advance to the NCAA Tournament. Weir’s 28 wins in 2016-17 were the most in Division I for first-year head coaches, and his 28-6 record as a first-year head coach tied for the 10th-most wins by a Division I head coach in NCAA history.  Among those 28 wins was a school-record 20-game winning streak that was at the time the longest in the nation.

Prior to New Mexico State, Weir spent two seasons at The University of Iowa, where he served under former Lobo head coach Steve Alford. In 2005-06, his first season in Iowa City, the Hawkeyes won 25 games on their way to a Big Ten Tournament Championship.

Weir got his start in collegiate basketball as an assistant for Mike McConathy at Northwestern State (La.) in 2004-05. The Demons went 21-12 and won the Southland Conference regular-season title.

The Canada native served as the head coach at Don Bosco Catholic High School in Toronto after prepping at Iona Catholic Secondary School before going on to play at York University in Toronto, Canada.