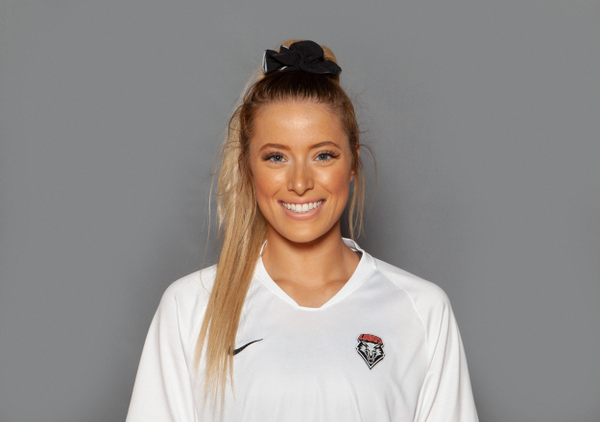 Sophomore Year | 2018: Appeared in 113 sets in 30 matches, starting in seven at outside hitter and six as libero… Fourth on the team in service aces at 15… Recorded double-digit digs four times… Fifth on the team in total digs with 163 (1.44 d/s)… Fourth on the team in assists with 27… Finished with two kills both of which came in the matches against San Diego State… Season-high six assists versus Furman… Twice recorded a season-high two service aces, at North Florida and against Central Michigan… Accounted for 17 points.

Freshman Year | 2017: Redshirted the season after tearing her ACL during the preseason

A 2017 graduate of Desert Vista High School in Phoenix, Arizona … Played for Molly West … Two-year letterwinner  in volleyball … Named named to the AVCA Phenom List in 2015, the same year she helped Desert Vista, the top-ranked team in the nation, to the 6A Arizona State Championship … At the club level, playing with East Valley Juniors, earned third place at the USA Girls Junior Nationals and earned a bid to play at the AAU Sand Volleyball Nationals … Invited to the HP Girls Select National Invitational Program in 2013

Born in Blue Springs, Missouri, on October 1 to Jeff and Deanna Schreckler… Hobbies include listening to music, drawing and driving four-wheelers and cars … Lists ribs as her favorite food, The Wizard of Oz as her favorite movie and Kerri Walsh-Jennings as her favorite athlete