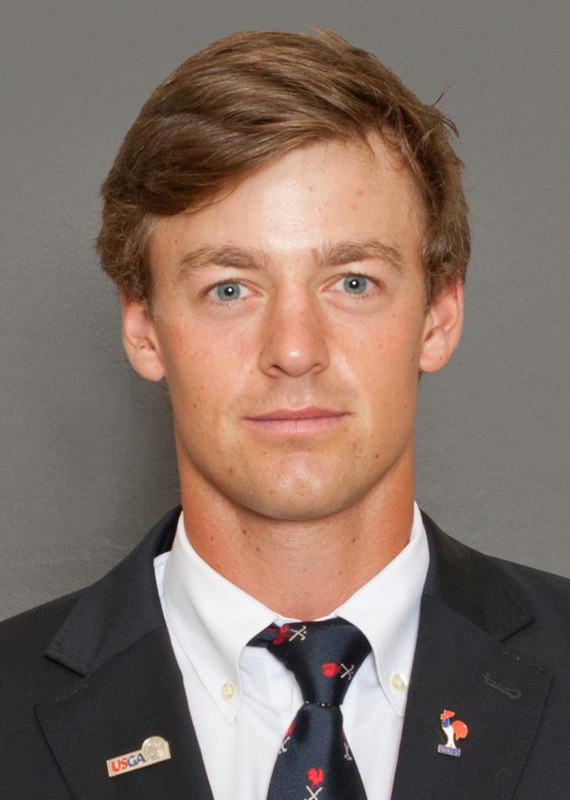 NEW MEXICO: A three-year starter and three-time All-Mountain West performer who brings NCAA Championship Tournament experience to the team along with fellow junior Gavin Green…a two-time Academic All-Mountain selection…his 72.47 strokes per round during his Lobo career ranks him fifth on the school’s all-time list.

2013-14 (JUNIOR): Finished No. 105 on Golfweek.com and No. 91 on Golfstat… named to the 2014 PING All-West Region team his second straight honor, and a three-time All-MW selection … matched his best finish of the season — fifth place — at the MW Championship at 1-under 212, helping the Lobos successfully defend their conference crown … also placed fifth at the Royal Oaks Intercollegiate with a 8-under 205 …  tied for seventh at the William H. Tucker Intercollegiate with a 2-over 218 … has nine top-20 and four top-10 finishes in 14 events this season.

2012-13 (SOPHOMORE): A PING All-West Region selection and an All-Mountain West selection for the second straight year…had seven top-10 finishes in 14 tournaments this season…finished tied for 49th among 156 competitors at the NCAA Championships in Alpharetta, Ga., with a 2-over 212…finished third at the National Invitational Tournament on March 16-17…finished No. 15 in the Palmer Cup rankings for Team Europe…finished 13th at the MW Championships from May 3-5 in Tucson … Won the Grand Prix de Chiberta in Anglet, France with a 9-under 271. … Finished fourth a the Biarritz Cub in Biarritz, France with a 10-under 266.

2011-12 (FRESHMAN): An All-Mountain West selection, alongside teammates John Catlin and James Erkenbeck…played in all 14 tournaments as part of the Lobos’ starting five…had six top-five finishes, including an impressive victory at the Aggie Invitational in Bryan, Texas, beating several nationally-ranked players…finished with a 3-under 213 and won by four strokes…nine top-20 finishes overall…averaged 72.29 strokes per round over 42 rounds…had five rounds under 70 and 15 under par…an academic All-Mountain West selection as well.

PERSONAL: Perez was born Sept. 2, 1992 in Semeac, France. … Son of Michel and Dany Perez … Was named to the French Young Team … Favorite athlete is Roger Federer … Favorite food is French food … Majoring in Psychology with a Chemistry minor.