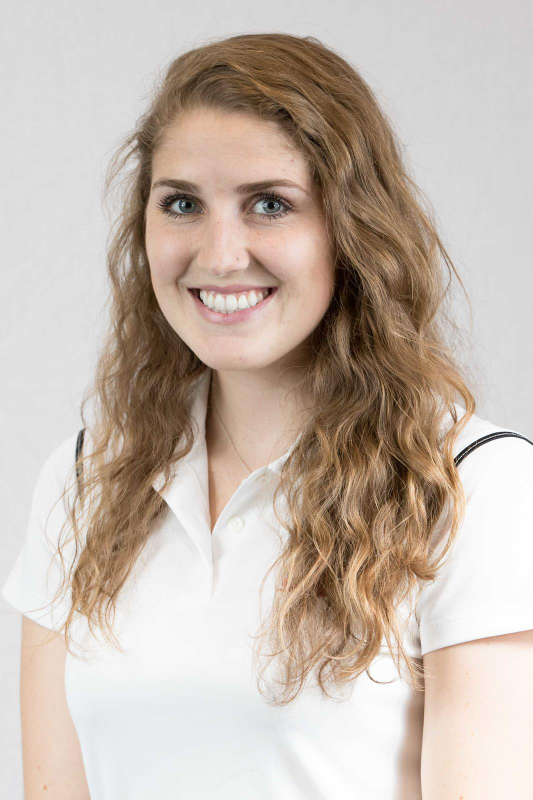 Junior (2016): Once again was UNM’s most consistent skier, scoring in 10 of her 12 races … completed 26 of her 27 runs … qualified for her second NCAAs … tied a career-best finish when she came in fourth at the RMISA Championships in the slalom … that was one of four top 10s in the slalom for the season … opened the year in seventh at the Utah Invitational … finished ninth in the first slalom at the Jade Enterprises/UNM Invitational … was 10th in the slalom at the CU/Spencer Nelson Invitational … earned a ninth place finish at the CU/RMISA giant slalom qualifier and a 10th place finish at the Utah/RMISA giant slalom qualifier …led the team with 12 top 20 finishes.

Prior to UNM: A graduate of Bountiful High School in Bountiful, Utah…raced for Park City Ski Team…coached by Jesse Hunt, Craig Bowden and Seth McCadam…was the 2010 National Junior Super-Combined Champion at U.S. Nationals in Winter Park, Colo.,…placed third (for her birth year) at the U.S. Nationals Championship Downhill in Aspen, Colo., in 2011…named to the U.S. Women’s Ski Team in 2011…also played soccer in high school…graduated with honors.

Personal: Born February 16, 1993 in Boston, Mass., to Dona and Mark Staples…nickname is Syd…has four siblings: Kiley, Max, Courtney and Piper…her sister, Kiley, was a member of the U.S. Ski Team from 2006-12 (alpine)…her mother, Dona, was a ballroom dancer at BYU, 1984-86…hobbies include painting, scary movies, being outside and going on adventures…favorite athlete is Anders Johnson…favorite food is anything in the breakfast category…favorite movies are the Harry Potter series…majoring in marketing.