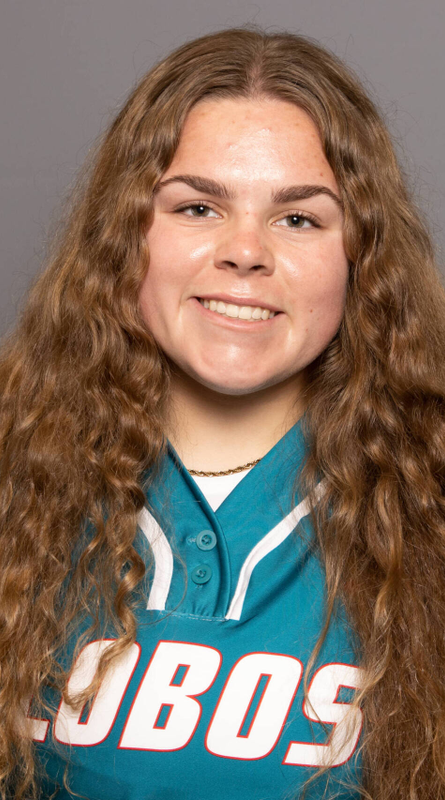 JUNIOR (2022): Pitched in just three games, with two starts, before season-ending injury… threw 9.0 innings with two strikeouts and no walks… pitched 5.0 innings in the win against Wagner College for first win as a Lobo…. named a MW Scholar-Athlete.

SOPHOMORE (at Georgian Court): Went 14-2 in 2021 with a 1.67 ERA, appearing in 28 games with 20 starts, 11 complete games and four shutouts … opponents batted just .185 against her … recorded 145 strikeouts over 108.2 innings to lead the CACC and struck out 10 or more batters on five different occasions … named the CACC Pitcher of the Year and CACC First Team after earning CACC Pitcher of the Week four times.

FRESHMAN (at Georgian Court): Recorded a 4.76 ERA and 33 strikeouts in 39.2 innings in nine appearances and six starts.