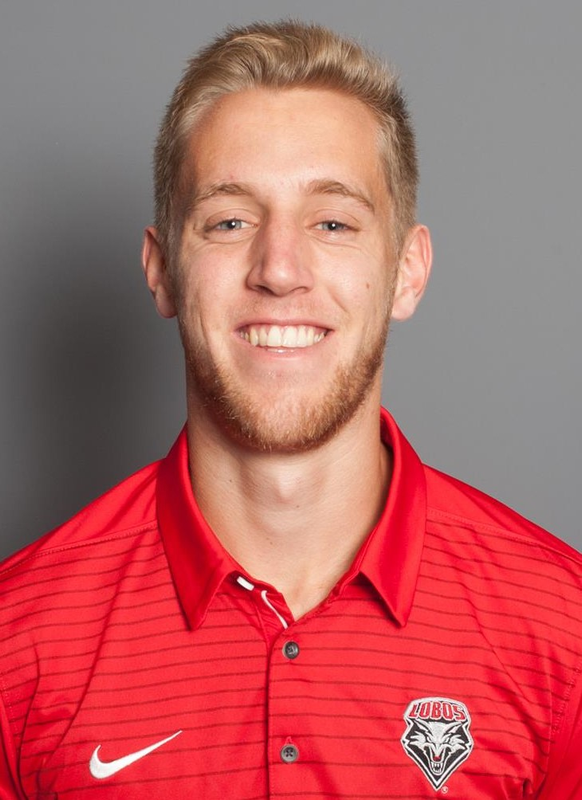 SENIOR (2017): Played and started in 14 games for the Lobos … scored three goals, tied for third on the team, and had two assists for eight points (tied for second on the team) … had 28 shots with 14 on-goal … had two game-winning goals … played 1114 minutes … named to the All-Conference USA Third Team on Nov. 7 … was selected to CoSIDA’s Academic All-District 7 First Team.

JUNIOR (2016): Made 22 appearances for the Lobos with 11 starts … led the team in assists with five … scored his lone goal of the season against Kentucky in the 2-2 double-overtime tie in the first round of the C-USA Tournament on Nov. 9 … assisted on the game-tying goal in the 83rd minute against Kentucky, the Lobos advanced on penalty kicks … posted 30 shots including 18 on goal … named to the C-USA Commissioner’s Honor Roll.

SOPHOMORE (2015): Made 16 appearances and five starts for the Lobos … finished the season with one goal and two assists for four points … the goal came against UAB on Oct. 18 and was the game-winner (it was also the first of his career) … recorded assists in 1-1 draws against Valparaiso on Oct. 14 and at Marshall on Oct. 23 … played 938 minutes on the season with a game-high of 94 against Marshall.

FRESHMAN (2014): Appeared in every game and made one start, which came at Old Dominion in the C-USA Tournament on Nov. 12 when he played a season-high 65 minutes … tied for second on the team with three assists, including two in UNM’s 6-1 win over West Virginia on Oct. 1 … also earned an assist at San Diego on Sept. 12 … finished the year with 18 shots, including seven on goal, and played 637 minutes … named to the C-USA Commissioner’s Honor Roll.

CLUB/DEVELOPMENTAL: Played for the Scottsdale 96 Blackhawks for four years … named to the Best 11 at the US Youth Soccer Nationals in 2012 … joined the Real Salt Lake U-18 Academy team in the summer of 2013.

PERSONAL: Born March 20, 1996 to Kerry and Paul Gleadle … has a younger brother, Luke … favorite athlete is Christiano Ronaldo and his favorite club team is Arsenal … came to UNM because “the coaching staff is very focused and driven, and that’s what I was looking for. It’s close to home and a great, competitive, nationally recognized Division I soccer program.”