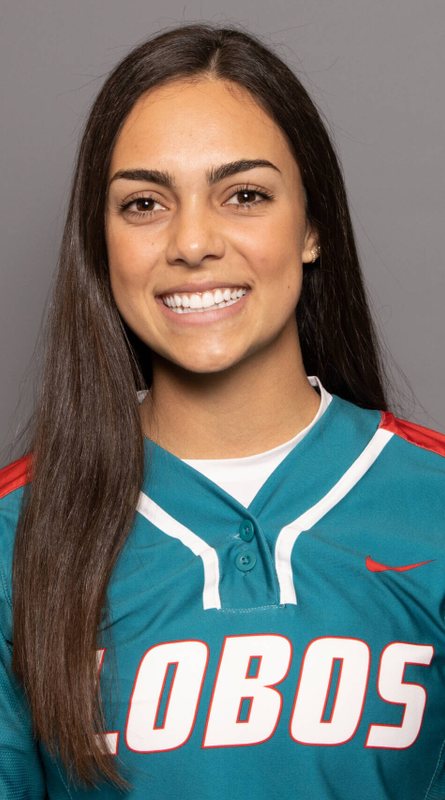 SOPHOMORE (2021): Started all 46 games, playing second base for 42 games and catcher for four … finished with 32 hits, 20 RBI, 10 doubles, four home runs, nine walks and nine stolen bases … led the team in stolen bases and attempts, while second in doubles and assists (79) and third in total bases (54), slugging percentage (.406), on-base percentage (.299), hits, RBI, home runs, fielding double plays (seven) and putouts (96) … fifth in batting average (.241) … posted eight multiple hit games and five multiple RBI games … ended the season on a six-game streak of reaching base and a six-game hitting streak … tied career high with two doubles against San Jose State on May 8 and twice set career high in total bases with five (at Utah State on May 14 and against San Jose State on May 8) … career-high three RBI against San Jose State on May 8 … tied for fifth in the MW in overall doubles and assists … tied Cameryn O’Grady for the lead in doubles in MW games with eight … ninth in the MW in slugging percentage in MW games (.609) … named Mountain West Player of the Week on May 11.

FRESHMAN (2020):  Started all 26 games at third base …  posted 21 hits, six doubles, two triples, one home run and seven walks … finished with a batting average of .250 and .330 on-base percentage … second on the team in runs scored (19), third in hits and total bases (34), fourth in runs batted in (12), fifth in slugging percentage (.405) … led the team with six turned double plays and 47 assists … tied for seventh in the MW in assists … recorded her first collegiate hit against Stanford on Feb. 7 and her first collegiate home run against Stanford on Feb. 8 … had five multiple-hit games and four multiple RBI games … had an on-base streak of 10 games to begin the season and a four-game hitting streak … was the only Lobo to hit a triple, which she did twice… named a MW Scholar-Athlete and named to the Spring 2020 Academic All-Mountain West Team.

PERSONAL: Birthday is Oct. 2… born in Albuquerque … parents are Trish and Steve … siblings are Steven, Joshua and Justin … played club ball for the Mizuno Storm … majoring in speech and hearing sciences.