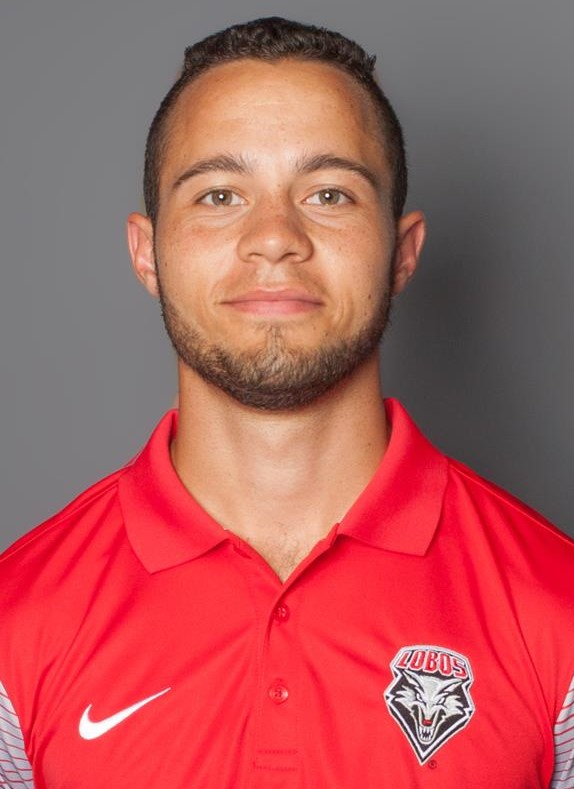 SENIOR (2016): Started 21 games for the Lobos at forward … led the team in most statistical categories, including points (29), goals (13) and shots on goal (35) … had a hat trick in the Lobos’ 3-1 win at UC Irvine on Sept. 17 … named College Soccer News’ National Player of the Week on Sept. 19 … was the NCAA Soccer National Player of the Week Runner-up for Sept. 21 … named Hero Sports HERO of the Week on Sept. 23 … was the TLC Plumbing & Utility Invitational’s and Grange & Ashwill Memorial Invitational’s Offensive MVP … was the Grange & Ashwill Tournament MVP … member of the CoSIDA Academic All-District First Team … named to the C-USA All-Tournament Team … was named to the NSCAA Scholar All-American First Team … member of the NSCAA All-Southwest Region First Team … selected to the InTouch Credit Union C-USA All-Academic team … named to the C-USA Commissioner’s Honor Roll … after graduation, he was the ninth overall pick in the 2017 MLS Superdraft by Columbus Crew SC.

JUNIOR (2015): Started all 18 games for the Lobos and finished third on the team with three goals and nine assists while finishing second with three assists … named Second Team All-Conference USA … was named MVP of the TLC Plumbing & Utility Invitational on Sept. 20 after scoring the game-winning goals vs. both Missouri State and No. 21 American … also named C-USA Offensive Player of the Week and was named to both the College Soccer News National Team of the Week and the Top Drawer Soccer National Team of the Week for his performance that weekend … scored and recorded an assist against FAU on Nov. 6 … his other assists came against San Francisco on Sept. 30 and San Diego on Sept. 4 … played 1,458 minutes during the season including a season-high 95 against Kentucky on Oct. 4.

SOPHOMORE (2014): Named Third Team All-Conference USA … was second on the team with five goals, tied for second with three assists and tied for second with 13 points … named Academic All-District by CoSIDA … appeared in all 18 matches with 14 starts, including the last 13 of the season … scored game-winning goals against VCU on Sept. 21, West Virginia on Oct. 1 and FIU on Oct. 4 … named C-USA Offensive Player of the Week on Oct. 6 following his goals against the Mountaineers and Golden Panthers … also scored at UAB on Oct. 29 and vs. Marshall on Nov. 1 … named to the Grange & Ashwill Memorial All-Tournament Team on Sept. 7 … led the team with 54 shots … earned assists at San Diego on Sept. 14, vs. Old Dominion on Oct. 25 and vs. South Carolina on Nov. 7 … played 1,056 minutes … named to the C-USA Commissioner’s Honor Roll.

FRESHMAN (2013): Conference USA All-Freshmen Team Selection… Led all C-USA freshmen with seven goals… His seven scores tied James Rogers for the team lead while finishing third in Lobo history for most goals by a freshman (tied Ben McKendry in 2012)… Finished season tied for eleventh in the NCAA for total goals and total points by a freshman… His 19 points were third most ever by a Lobo freshman… Tallied a pair of goals in first career match in UNM’s 7-2 win over Villanova in season opener… Recorded three goals and five assists in nine Conference USA matches… Registered one goal and two assists in Lobos’ 3-1 win at Marshall (9-30-2013), which was also marked his first career assist… Assisted on James Rogers’ goal in 1-0 NCAA Tournament Second Round win over George Mason (11-24-2013).