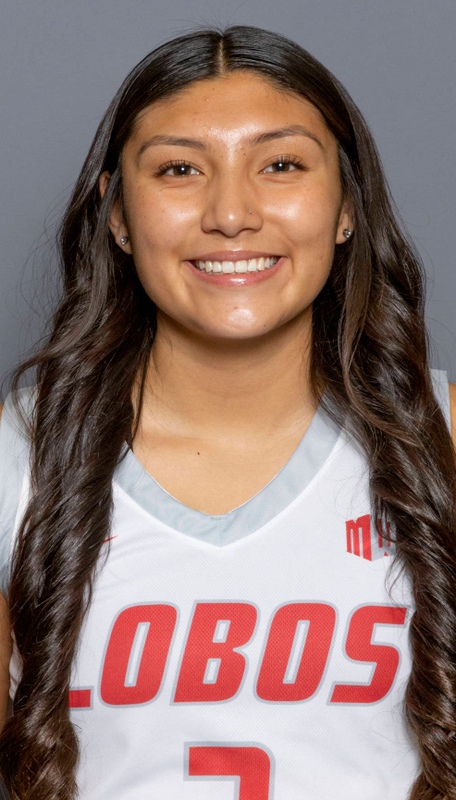 PERSONAL: Born April 25 in Albuquerque… parents are Alysha and Curtis Chavez… has one sibling: Sonny.

Coach Bradbury on Chavez: “Natalia, “Talie” has a maturity to her game that you typically don’t see in young players. She embraces the big moments and has grown her game over the past year. We’re looking forward to a big senior year for Talie, and eager to get her on campus.”

Chavez on Why She Chose New Mexico:  “I chose UNM because as a little girl it was my dream to wear the cherry and silver and play in The Pit. I also chose UNM because of the fan base and high level of competition.”