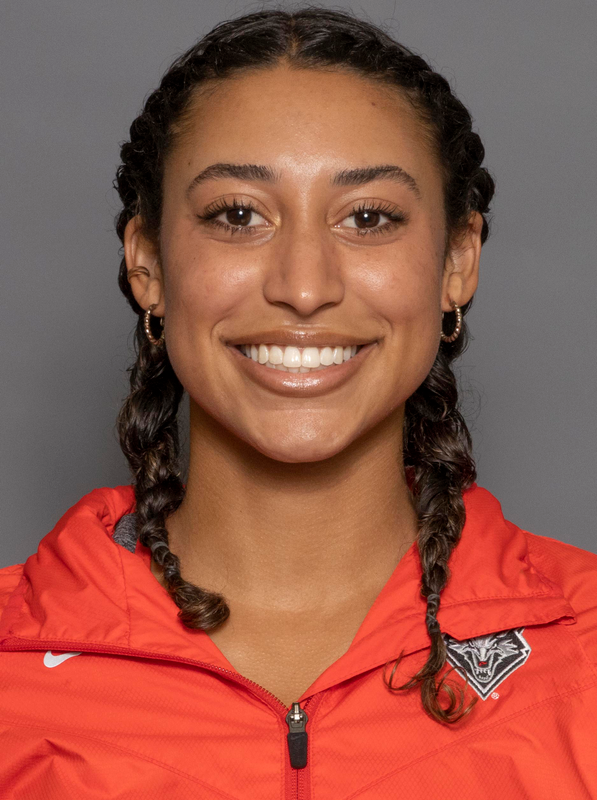 Outdoor Track and Field (Sophomore): Participated in four outdoor meets as a sophomore…placed in the top-10 in all six races she competed in…competed in both the 400-meter hurdles and as a member of UNM’s 4×100-meter relay team…academic all-conference for the third straight year…named a Mountain West Scholar Athlete.

Indoor Track and Field (Sophomore): Participated in six indoor meets, primarily running in the 200-meters and 400-meters…competed at the Mountain West Championships in the 400-meters.

Outdoor Track and Field (Freshman): Competed in three outdoor meets…placed fourth in the 400-meter hurdles at the Don Kirby Tailwind Open on April 22 with a personal-best time of 1:08.06 minutes…member of UNM’s winning 4×400-meter relay squad at the New Mexico Spring Open on March 25…academic all-conference for second year in-a-row.

Indoor Track and Field (REDSHIRTED): Did not compete.

Indoor Track and Field (Freshman): Competed in five meets during debut season as a Lobo…ran season best times of 26.54 seconds in the 200-meters at the Mountain West Championships on Feb. 29 and 59.76 seconds in the 400-meters at the Don Kirby Invitational on Feb. 14…also competed as a member of the Lobos 4×400-meter relay squad.

Earned four letters in track and field and three in volleyball…varsity track and field captain…competed on the 4×400-meter relay team, in the 300-meter hurdles, and in the javelin…in volleyball was her team’s captain and earned academic honors…earned all-district honorable mention…earned the Eagle Pride Leadership Award…member of the homecoming court and was named Prom Queen.