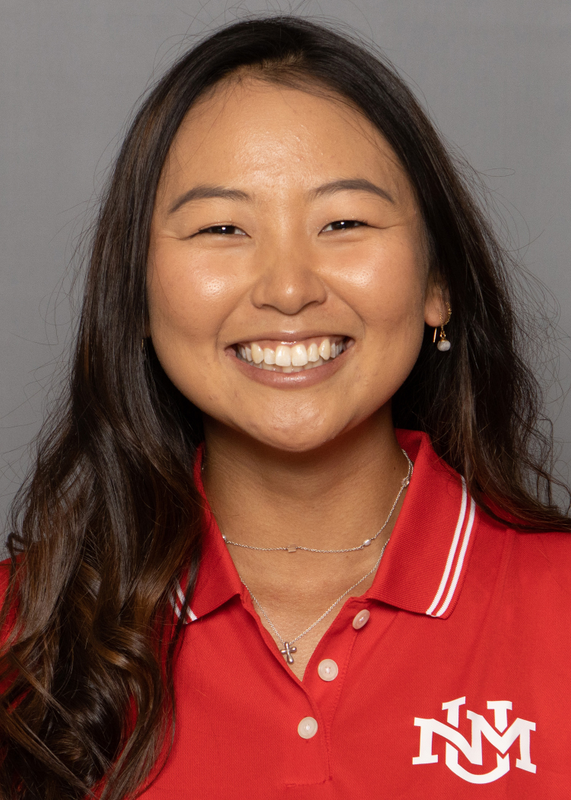 SOPHOMORE (2019-20): Honored as a 2019-20 Women’s Golf Coaches Association (WGCA) All-American Scholar … competed in five of UNM’s seven tournaments … registered a low round of 71 twice in rounds one and two at the Rebel Beach Invitational … posted an average of 77.0 across 15 rounds on the season … posted her top finish at the Rebel Beach Invitational where she tied for 7th (-1) … named 2020 Mountain West Academic All-Conference … named a 2019-20 Mountain West Scholar-Athlete.

FRESHMAN (2018-19): Honored as a 2018-19 Women’s Golf Coaches Association (WGCA) All-American Scholar … Competed in nine tournaments as a freshman … averaged 78.52 strokes over 27 rounds … registered a low round of 70 in her first round of the season at the annual Branch Law Firm/Dick McGuire Intercollegiate at the UNM Championship Course … top finish was a tie for 29th at the Bruin Wave Invitational.

PERSONAL: Born on October 14 in Aiea, Hawaii to parents Howard and Sandra Hamada … has one sister, Tiffany … hobbies include Hula and photography … favorite athlete is Danielle Kang … favorite food is spicy ahi poke … favorite movie is “The Greatest Showman” … chose UNM for the new opportunities, facilities and to discover herself and the kind of person that she wants to become.