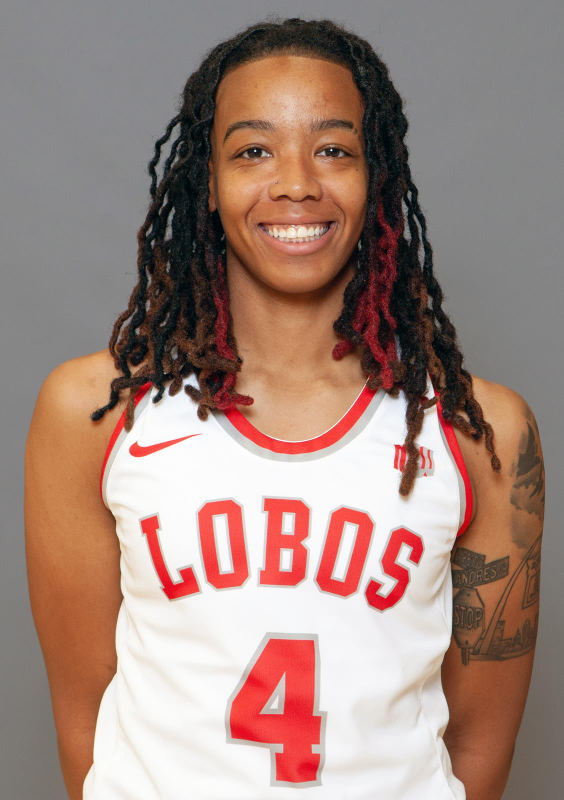 FRESHMAN (2018-19): Named Mountain West Freshman of the Year … also named to the MW All-Freshman Team and was an All-MW Honorable Mention selection … played and started in all 31 of the Lobos’ games as a true freshman … ranked as the third-leading scorer on the team and 11th-leading scorer in the MW at 13.5 points per game … totaled 417 points overall to set a new program record for points scored in a season by a freshman … scored in double figures in 23 games and scored 20 or more points on four occasions including a game-high 25 points against Auburn (11/11/18) … knocked down a team-high 58 three-pointers which also ranked ninth in the league … shot 38% overall from the floor (131-of-347), 34% from three-point range (58-of-173) and 80% from the charity stripe (97-of-121) … Her success rate from the free throw line ranked sixth in the MW … dished out 114 total assists and averaged 3.7 assists per game to rank seventh in the MW.

HIGH SCHOOL/CLUB: Played at Kirkwood High School in St. Louis, Mo. for head coach Monica Tritz … four-star recruit ranked 27th guard and 94th overall player in the 2018 class by ESPNW … helped lead her team to state championships in consecutive years as a junior and senior … averaged 16.9 points, 4.0 rebounds, 3.8 assists and 2.2 steals per game as a senior … named All-Metro First Team as a senior and second team as a junior … twice named Missouri Basketball Coaches Association (MCBA) 5A All-State and tabbed as Player of the Year as a senior … also played for Phenom EYBL.