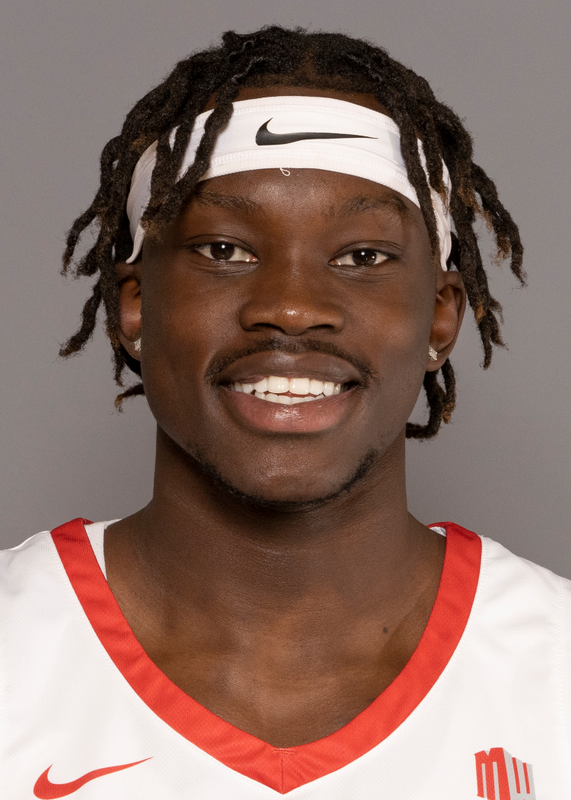 OF NOTE
• Appeared in 46 games over the last three seasons for the Lobos
• Only appeared in six games during his junior season due to injury
• Set career highs with 11 points, nine rebounds, three blocks and two assists vs. Norfolk State (Dec. 21, 2021)

2021-22 SEASON (JUNIOR)
• Appeared in six games, making one start
• Averaged 4.2 points and 4.3 rebounds per game
• Missed the rest of the season after suffering lower leg fractures in the Utah State game (Jan. 8)
• Missed nine of the first 11 games this season due to injury
• Set career highs with 11 points, nine rebounds, three blocks and two assists vs. Norfolk State (Dec. 21)
• Had six points, three rebounds and two blocks at New Mexico State (Nov. 30)
• Had five points vs. Utah State in his first start of the season (Jan. 8) before suffering a season-ending injury in the second half
• Received a medical hardship waiver to retain a year of eligibility

HIGH SCHOOL
• Played at Kearns High School in Utah
• Third Team All-State as a senior by the Deseret News
• Averaged 13.9 points, 7.3 rebounds and 3.8 assists per game as a senior
• Three star recruit by 247Sports and Rivals
• Ranked as the No. 5 player in his class in Utah by 247Sports
• Ranked as a top-five prospect in Canada
• Also played for Exum Elite in the Golf Gauntlet U17 league

PERSONAL
• Birthday is December 25
• Born in Nairobi, Kenya and moved to Canada awhen he was just a few months old
• Son of Aluk Malek
• Has two siblings, David and Francis