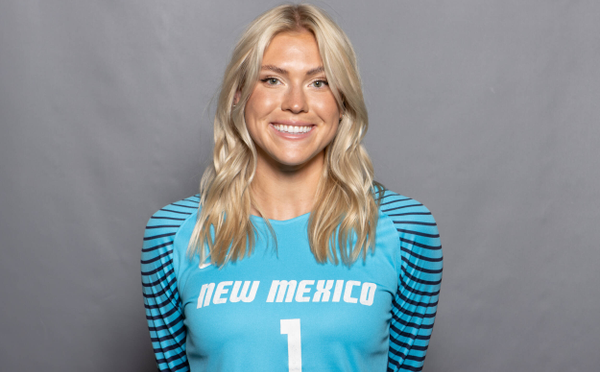 SOPHOMORE (2017): Named to Academic All-Mountain West Team … started and played all 22 games for the Lobos during the season … one of four players to start and play in every game … named to Academic All-Mountain West Team … played the second highest amount of minutes on the team, playing 2,046.25 minutes on the season … logged five shutouts on the season … saved season high of 7 shots in the Lobo’s 2-1 win against Colorado College on October 15.

FRESHMAN (2016): Played in four games for the Lobos in 2016 … didn’t allow a goal and made five saves in 96-plus minutes of action during the season … made her college debut against Grand Canyon on Sept. 9, playing the final 15:45 … collected a season high in saves (three) and time played (29:20) against Fresno State on Oct. 2.

HIGH SCHOOL/CLUB: Played high school soccer at Lyons Township HS under head coach William Lanspeary … was named to the all-conference, all-region and all-state teams during her time there … was also an Academic Achievement Award winner.

PERSONAL: Majoring in business/marketing …enjoys photography, running and spending time with family …favorite athlete is Lionel Messi … favorite food is a smoothie and her favorite movie is Talladega Nights … daughter of Rick and Carolyn Johnson … has two siblings, Catherine and Elizabeth.