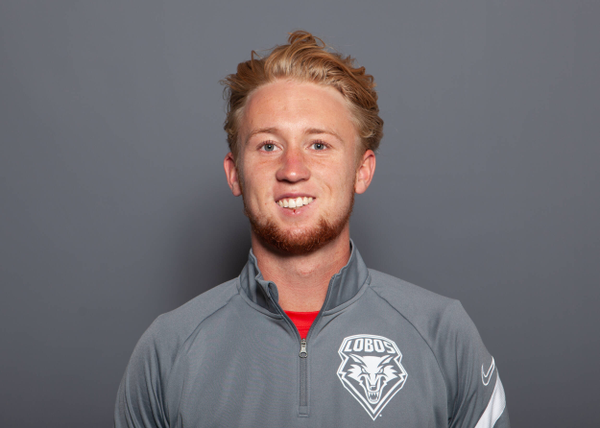 *Earned All-Mountain West honors in singles.
*Went 23-8 in singles play and 15-10 in doubles.
*Ran off a streak of 13 wins in 14 singles matches from February 24 to April 20.
*Teamed with Facundo Bermejo for an 11-match doubles winning streak.
*Played at No. 2 singles the entire season, going 14-5.
*Went nearly perfect in conference play, going 6-1 in singles and 6-0 in doubles.
*Went 4-1 at the Midland Invitation, advancing to the finals.
*Opened the season by winning eight of his first nine sets.
*Advanced to the quarterfinals of the ITA Mountain Regionals, winning two three-setters along the way.
*Had a key win in the Round of 32 against Utah’s Svyataslav Shainyan, coming back to win 3-6, 6-4, 6-1.

*Went 13-11 in singles play and 11-11 in doubles.
*Teamed with three partners, going 9-6 with Ricky Hernandez Tong, 2-4 with Sean Baklini and 0-1 with Michael Tran.
*Played mostly No. 3 singles, going 7-9, along with 1-0 at No. 2 singles.
*Had seven unfinished singles matches, five of which he was leading or in a third set.
*Advanced to the quarterfinals of the ITA Mountain Regionals, going 5-1 in the tournament overall.
*Went 3-1 in three-set matches.
*Had a season-best three-match doubles win streak in non-conference play with partner Ricky Hernandez Tong.

*Played juniors in Great Britain under John Black.
*Favorite surface is clay.
*Had 41 singles wins and 45 doubles wins on the juniors circuit.
*Under 18 ITF World Ranking: 147
*Represented Great Britain at several events as a Junior