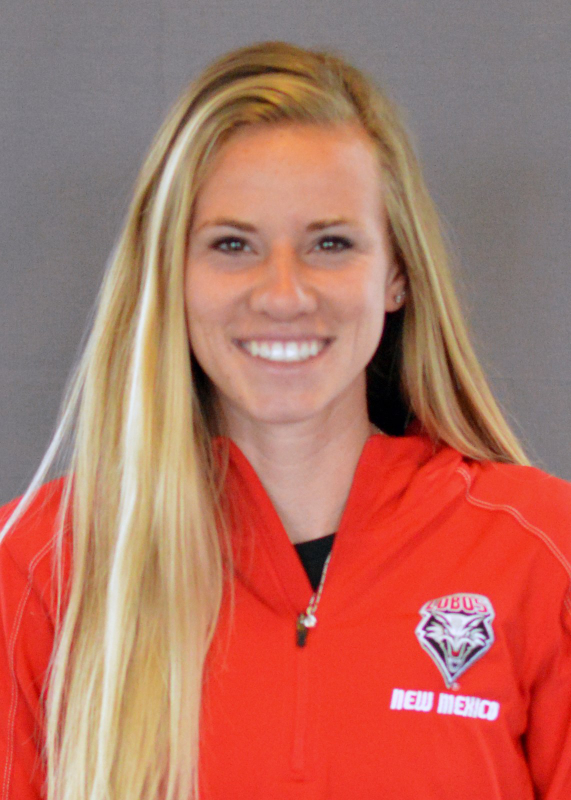 2015-16
2015 Cross Country: Guided the New Mexico women’s cross country to its first national championships … led the Lobos at four of the five meets she ran at … finished within the top-10 at every meet, including a runner-up performance at the Notre Dame Invitational (time of 16:27) and a fourth-place finish at the Wisconsin adidas Invitational (19:39.3) … took second at the Mountain West Championships (22:05.19) … finished 10th overall and second on the team at the NCAA Mountain Regional Championships in Albuquerque, helping the women breeze into the NCAA Championships … at the NCAA Championships in Louisville, Kentucky, ran to fourth-place overall in 19:48.0, helping the women to place five in the top 25 and win the national title.
2016 Indoor: Did not compete.
2016 Outdoor: Followed up her transcendent cross country campaign with another title-winning season outdoors … opened the season with a sixth-place showing the 1500 at the Bryan Clay Invitational (4:18.92) … ran 9:29.31 in the 3,000-meter steeplechase at the Payton Jordan Invitational, winning the event and setting the NCAA and 2016 world lead in the event … took second in the 1500 at the Mountain West Championships (4:25.77) … breezed through the steeplechase at the NCAA West Preliminary Round, clocking a winning time of 9:51.48 … won the NCAA title in the 3000 steeplechase at the NCAA Outdoor Championships in Eugene, Oregon, dominating the field to win in an NCAA-record time of 9:24.41 … finished her career with four of the top 10 steeplechase times in NCAA history between her time at New Mexico and UMKC … semifinalist for the Bowerman Award … Signed a pro contract with the Bowerman Track Club … named MW Scholar-Athlete of the Year and MW Athlete of the Year … nominated for the NCAA Woman of the Year Award … took second in the steeplechase at the U.S. Olympic Team Trials, advancing to the 2016 Summer Olympic Games in Rio de Janeiro, where she placed 11th in the finals with a time of 9:22.87.

HIGH SCHOOL
KADI Athlete of the Week as a freshman (track)… Earned all-conference, all-district, team MVP, KSPR Athlete of the Week as a senior (cross country)… posted a freshman-best 2:24 in 800 meters as a freshman… holds school records in fastest time finished in a 5K race (18:12), longest triple jump (34 ‘5.5″), and fastest time in a 4×800-meter relay (10:02)… 2010 conference competition, team placed first in Class 4… four-year letterman in soccer as a midfielder/forward… All-district and all-honorable mention (soccer)… two-time regional qualifier in gymnastics.

PERSONAL
Born Jan. 18 to Scott and Kathy Frerichs… has one sister, Lindsey.