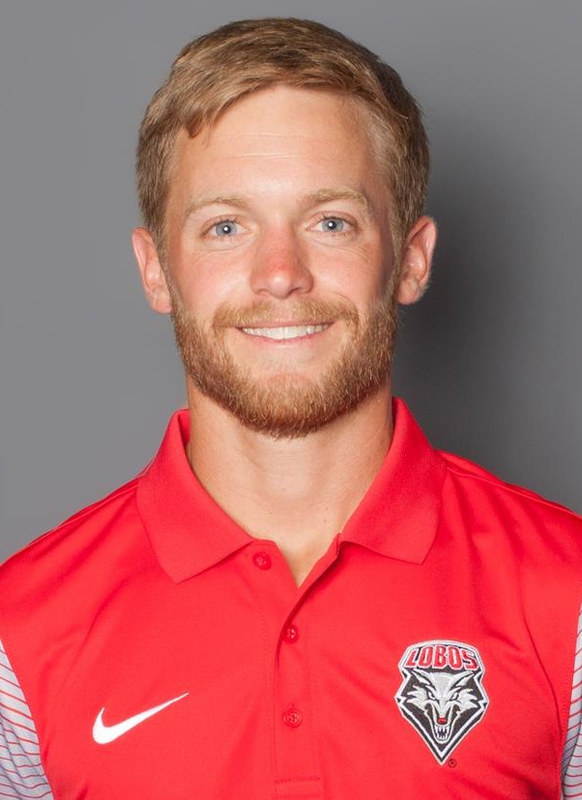 Wehan went on to win Rookie of the Year in his first season with Reno 1868 FC of the USL, tying a USL record 12 assists throughout the season. He then signed a contract with the San Jose Quakes of the MLS for the 2018 season.

REDSHIRT SENIOR (2016): Started all 22 games for the Lobos as a midfielder … finished the season with 19 points on eight goals and three assists … scored two goals in the Lobos’ 4-1 win over Florida International on Sept. 30 … was named to the TLC Plumbing & Utility Invitational All-Tournament Team and was the Tournament MVP … was the C-USA Tournament MVP … was a selection for the Top Drawer Soccer National Team of the Week for Nov. 15 … member of the NSCAA All-Southeast Region First Team … named to the C-USA Commissioner’s Honor Roll.

REDSHIRT JUNIOR (2015): Named First Team All-Conference USA after leading the Lobos in goals (10) and points (22) while also chipping in two assists … was the consensus National Player of the Week (NSCAA, College Soccer News, Top Drawer Soccer) on Sept. 8 after scoring four goals in UNM’s two games in the Grange & Ashwill Memorial Invitational … named MVP and Offensive MVP of that tournament as well … did not go more than two straight games all season without a goal or an assist … scored goals in four straight games — Sept. 4 vs. San Diego, Sept. 6 vs. No. 13 UCSB, Sept. 11 at CSUN and Sept. 13 at No. 19 LMU … also scored at South Carolina on Sept. 25, vs. San Francisco on Sept. 30, vs. Valparaiso on Oct. 14 and at Marshall on Oct. 23 … twice named Conference USA Offensive Player of the Week (Sept. 8 and Sept. 14) … four of his goals were game-winners … led the team with 62 shots, 18 of which were on goal … his assists came against UAB on Oct. 18 and FAU on Nov. 6 … started all 18 matches and played 1,606 minutes, which includes eight games where he played every second … also named C-USA All-Academic.

REDSHIRT SOPHOMORE (2014): Named First Team All-Conference USA after leading the Lobos with 10 goals and 22 points … also had two assists and led the team with 21 SOG … played 1,350 minutes … named Academic All-District by CoSIDA … named Offensive MVP of the TLC Plumbing & Utility Invitational on Sept. 21 … did not go longer than two games without scoring all season … scored a pair of goals in UNM’s 4-0 win over Old Dominion on Oct. 25 … had a goal and an assist in UNM’s 6-1 over West Virginia on Oct. 1 … three game-winning goals: at CSU (Sept. 12), vs. Old Dominion, and vs. South Carolina (Nov. 7) … assisted on Oniel Fisher’s game-winning goal in the season-opener against No. 13 Akron on Aug. 29 … his 46 shots ranked second on the team … named to the C-USA Commissioner’s Honor Roll.

REDSHIRT FRESHMAN (2013): Conference USA Freshman of the Year… College Soccer News 2013 All-Freshman Third Team… Conference USA All-Freshmen Team selection… Tallied three goals and one assist from the midfield in his first season on the pitch for New Mexico… Recorded the game-winning goal against Florida Atlantic (10-19-2013)… Recorded first career point in first career game with the assist on Michael Calderon’s goal in the Lobos’ 7-2 victory over Villanova in 2013 season opener… Appeared in all 22 games while starting in 21 of them in his first year on the pitch for UNM… His 1,640 minutes played were the sixth most by a freshman in program history… Led all attacking players with a .523 shot on goal percentage… Also tallied goals against Florida International (10-12-13 and Old Dominion (11-2-13).

CLUB/ODP EXPERIENCE Wehan played with United FC for five years, claiming championship titles in the U19 Premier League, the Cal South National Cup and twice in the Far West Regional League. He was also a U18 Far West Regional finalist. He spent one year with the Cal South Olympic Development Program (ODP) team and earned a Region IV championship title.

HIGH SCHOOL Wehan was a three-year varsity starter for Aliso Niguel High School. Named captain his junior and senior years, Wehan was also twice-named the team’s Best Attacker (2009-2010) and earned his first all-league honor following his sophomore year. Wehan was named first-team all-league and third-team all CIF after his junior year. A member of the OCVarsity.com “Dream Team” for 2012, Wehan was a scholar-athlete his sophomore year and earned the Aliso Niguel High School “Espirit de Wolverine” award his freshman and junior years… Logged five goals as a sophomore on the varsity squad, overall record of 10-8-8… Had four goals as a junior en route to a 7-7-1 record… Had six goals as a senior with an overall record of 13-1-6.