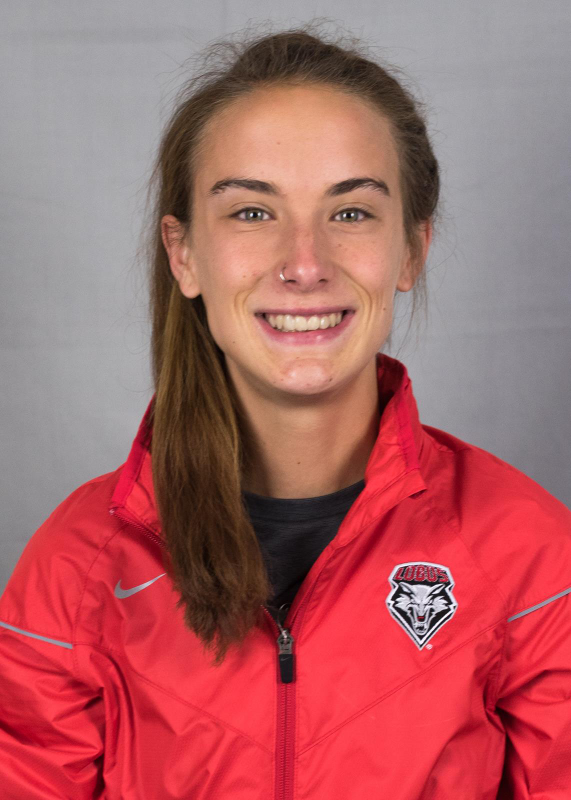 WASHINGTON
2017 Indoor & Outdoor: Competed just once, at the Stanford Invitational, but did not complete a 5,000-meter race.
2016 XC: A breakthrough sophomore season, earning All-Pac-12 First Team honors and All-West Region honors and winning two races … opened her year with a win at the Sundodger Invitational in 20:18, crossing side-by-side with teammate Katie Knight … followed that up with a wire-to-wire win at the Washington Invitational in 19:36, leading UW to the team title … also helped UW win the team title at the Wisconsin Invitational, placing fifth in the elite field, right behind teammate Amy-Eloise Neale, in 20:08 … was the No. 2 Husky at the Pac-12 Championships, finishing sixth overall in 20:32, as UW took second as a team … finished 10th at the West Regional meet and second on the squad in a time of 19:51 … finished 208th overall at the NCAA Championships
2016 Indoors: Was 13th in the 3,000-meters at the MPSF Championships in a time of 9:28.48 and ran the final 1600-meter leg on the DMR that finished fifth in 11:23.26 … first track run put her in the Husky top-10, as she ran the 5,000-meters in 16:15.91 at the Husky Classic, going to No. 5 on the indoor top-10 list.
2016 Outdoors: An excellent freshman season that was punctuated at the World Junior Championships in Poland where she ran a huge steeplechase career-best, breaking the Canadian junior record with a time of 9:44.62 to finish sixth … her run in Poland cut 15 seconds off her previous PR and ranked as the No. 5 time on the 2016 collegiate steeplechase list, the No. 2 time in UW history, and it broke the previous Canadian junior record by over 13 seconds … made the NCAA Outdoor Championships final in the steeplechase and was the top finisher from the Pac-12, placing ninth in the final in 10:00.82, earning All-America Second Team distinction … broke the 10-minute barrier for the first time in the NCAA semifinals, running 9:59.15 to finish second in her heat to reach the final … made the NCAA Outdoor final site by taking third in the steeplechase quarterfinal at West Prelims to automatically advance, posting a time of 10:09.42 … was third in the steeple at her first Pac-12 meet, despite tripping and hitting the water barrier and suffering a broken bone in her wrist mid-race, she still fought to the finish and ran 10:04.71 … rolled to an easy victory in the steeplechase at the UW-WSU Dual in 10:15.94 … got an impressive win in her first college steeple, wining the Pepsi Team Invite at Hayward Field in 10:00.67, jumping right to No. 2 in school history … ran a strong 5k before moving to the steeple, posting a time of 16:03.80 at the Stanford Invitational … opened her outdoor season with a PR in the 1,500-meters, running 4:22.15 at the Pac-12 vs Big Ten Invite, taking fifth.
2015 XC: One of the top freshmen in the Pac-12 and played a huge role in the Huskies taking 10th as a team at the NCAA Championships … No. 2 finisher for Washington at her first NCAA meet, as she finished 78th overall in Louisville in a time of 20:42 … earned All-Region honors with a 14th-place finish at the NCAA West Regional meet in Seattle, third on the squad, in 21:04 … placed top-20 at her first Pac-12 Championships, finishing 17th overall in 20:26, the third Husky across the line … was the No. 2 scorer and a top-10 finisher at the first two meets of the year, placing third at the Sundodger Invite in 20:34, and then placing seventh at the Washington Invitational in 20:00.

PERSONAL
Born in London, Ontario, Canada … parents are Lynda and Duane Prouse … has one older sister, Meaghan … cousin Adam Seabrook was a hurdler at Cornell and placed fourth in the Canadian Olympic Trials.