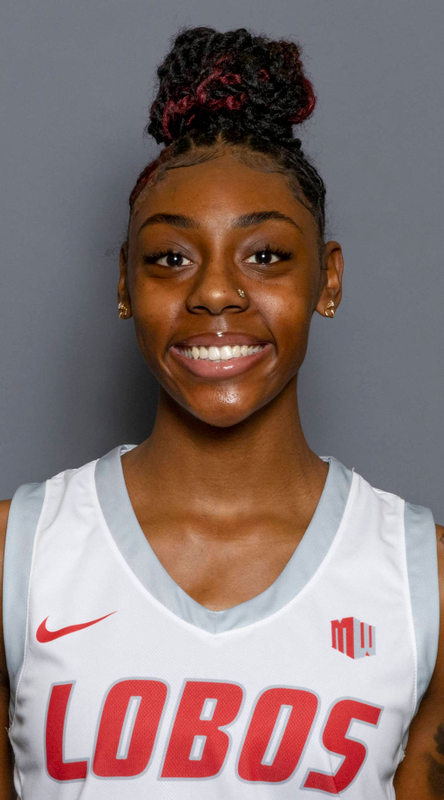 FRESHMAN (2021-22): Played in 33 games with one start (at Houston)… averaged 9.5 minutes per game… scored in 14 games… season-high eight points in the season opener against Lamar, going 3-for-3 from the floor with a made three-pointer, while also having six rebounds and three steals… finished with a season-high 10 rebounds in the win against San José State… credited with three steals in four games, at least one steal in 14 games, six games with multiple steals… recorded an assist in 14 games, multiple assists in five games… finished with 24 steals, 63 rebounds and 21 assists on the season.

Coach Bradbury on Augmon: “Aniyah is a very good defender who has a chance to become an elite defender. Also, she has the ability to score in a variety of ways. Aniyah will add athleticism in the backcourt. This is a great addition to our team.”

Augmon on Why She Chose New Mexico: “I chose UNM because I got a real family feel while I was in constant communication with the coaching staff during my recruitment. The Lobos have an up-tempo style which is the perfect fit for me. UNM checked every box on my checklist!”