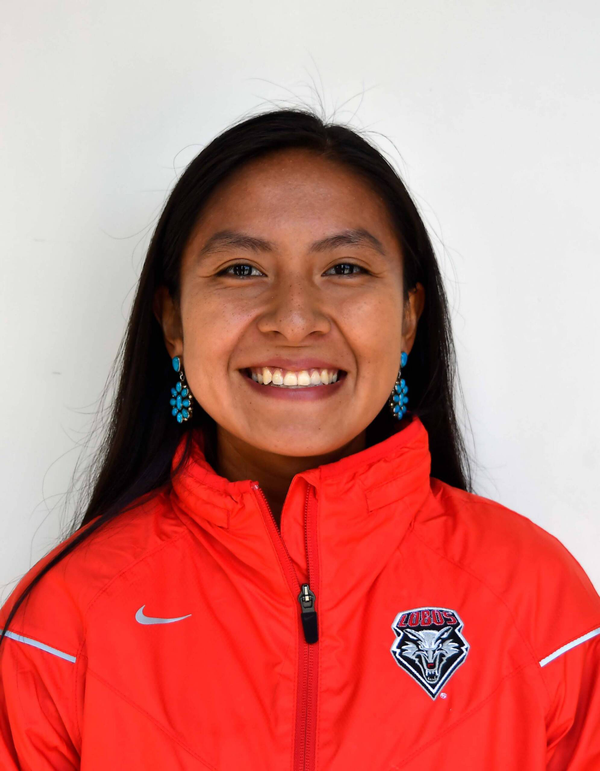 Outdoor Track and Field (Sophomore): Finished 18th at the Mountain West Championships in the 5k with a time of 16:50.82 minutes…placed seventh in the 10k at the Stanford Invitational on April 2 with a time of 33:18.32 minutes…placed 33rd in the NCAA West preliminary round on May 28 with a 10k time of 34:59.23 minutes…academic all-conference for the second straight season…named a Mountain West Scholar for the second straight season.

Indoor Track and Field (Freshman): All-Mountain West Conference performer in the 5k, finishing third with a time of 16:21.73 minutes on Feb. 26…placed fourth in the 3,000-meters at the MW Championships with a time of 9:23.48 minutes…participated in three meets running all middle distance races.

Outdoor Track and Field (Freshman): Finished seventh in the 10k at the Mountain West Championships, running a time of 35:18.69 minutes…placed third in the 1,500 meters at the Joe Meaker Classic on April 3 with a time of 4:48.85 minutes…raced in four meets during the outdoor season…academic all-conference selection…named a Mountain West Scholar Athlete.

Indoor Track and Field (Canceled-COVID-19): Did not compete.

Cross Country (COVID-Freshman): Competed in two meets during the modified spring season…placed 38th at the Mountain West Championships with a 6k time of 21:32.8 minutes.

Became a two-time individual state champion after winning the 2019 Arizona AIA Cross Country State Championships in 17:49.5, with her team winning the team title as well…won the 2018 Division 4 girls title at the Arizona AIA State Championships,  leading her school to its fourth state title…became the first St. Michael individual runner from its girls and boys teams to win a cross-country state title since 2006…lettered in cross country and basketball…2017 1A Arizona basketball state champions…2018 1A Arizona basketball state champions…2018-19 Triple Crown State Champion…valedictorian with a 3.9 GPA…Gallup Rotary Senior of the Year…three-time Navajo Times Runner of the Year…ran for the Four Mountain Foot-racers USATF club team.