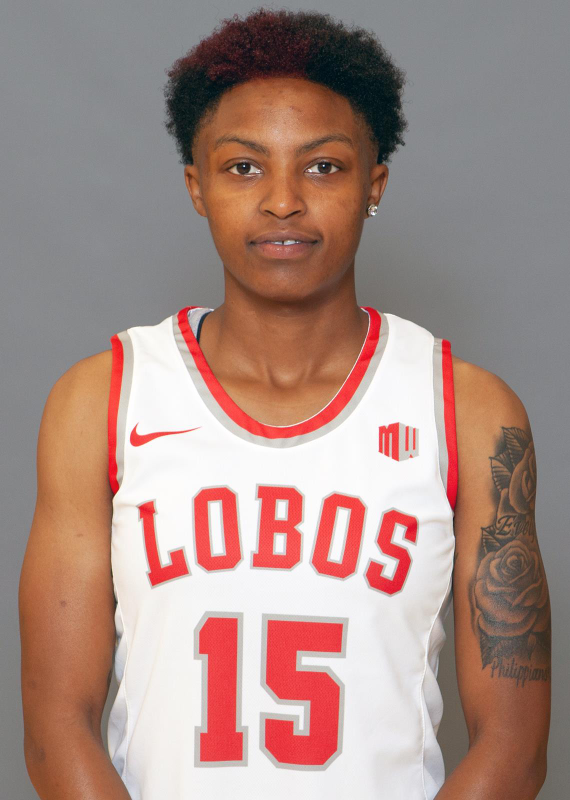 REDSHIRT JUNIOR (2018-19): Named Mountain West Newcomer of the Year, marking the third-straight year that the program had the league’s newcomer of the year … also was named to the All-MW Team as well as the MW All-Defensive Team … served as the Lobos’ starting point guard last season, playing in the first 29 games before suffering a season-ending knee injury in the regular season finale … in 29 games, Robertson proved to be a do-it-all point guard averaging 14.3 points per game, 6.6 assists per game, 5.1 rebounds per game and 2.3 steals per game … all four of those major stat categories saw Robertson rank in the Top-15 in the MW as she was first in assists and steals, eighth in scoring, and 14th in rebounding … scored in double figures in all but seven games … registered the program’s sixth triple-double all-time as she had 28 points, 11 rebounds and 11 assists against Houston (11/24/18) … set a new single-game program record for assists with 16 against Oklahoma (12/28/18).

JUNIOR (2017-18): Transferred to UNM from Kansas … sat out the season due to NCAA transfer rules … was selected to compete in the 2018 USA Basketball 3×3 Open National Championships along with teammates Antonia Anderson, Jaisa Nunn and Madi Washington.

FRESHMAN (2015-16 at Kansas): Started 22 games, including the last 11 contests and saw action in every game of the season … averaged 4.8 points and 4.0 rebounds per game …  shot 30.4 percent from the field … pulled down the second-most rebounds (123) and swiped the second-most steals (41) among freshmen on the team … tallied three steals on four occasions … notched double-digit scoring efforts in four different games … grabbed a career-high seven boards on three different occasions … swatted 13 blocks on the year, most of any Jayhawk guard … posted a career-best 14 points against Texas Tech (2/27) on 54.5 percent shooting … played a career-high 35 minutes against Texas (3/5), and finished the night with 10 points on 4-of-8 shooting.

PERSONAL: Daughter of Paul Robertson … Born in San Francisco, California … Has one sister, Paris… undecided on a major … post-school ambition is to play in the WNBA.