The Lobos, who enter Friday’s championship race ranked No. 2 in the latest USTFCCCA national poll, earned 10 first-place votes and 100 points to top the MW poll which is determined by the league’s coaches. The Lobo men were tabbed sixth among the conference’s nine schools in the pre-championship poll. “We are looking forward to heading to Laramie for the Mountain West Championship,” said Joe Franklin, who is in his 16th season in charge of the program. “We are excited to have all the women run in the same race for the first time all year, as we prepare for the championship portion of the season. The men are coming into the weekend with a great chance to improve on their finish from last year.” 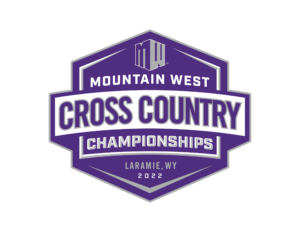 TRADITION OF EXCELLENCE: The Lobo women rose to the top of the conference with their first Mountain West title in the fall of 2008, and have never looked back as they’ve held the crown for the last decade and a half. In total, the UNM women have won 15 consecutive Mountain West titles as they look to keep their unprecedented streak of conference championships alive on Friday. The 2015 and 2017 NCAA champions and reigning NCAA Mountain Region champions are looking to build upon a strong fall season thus far heading into the conference championships.

MAZZA-DOWNIE THE REIGNING CHAMP: New Mexico will rely on the experience of reigning Mountain West champion Amelia Mazza-Downie, who ran the second-fastest time in Mountain West Championship history last fall with a mark of 19:37.3 minutes. She will look to improve upon her only other 6k time of the fall season – a mark of 20:08.1 minutes on Oct. 14 at the Nuttycombe Invitational. Friday will be her third conference championship race, as she also placed fourth in the 2021 spring event with a time of 20:11.7 minutes.

LAST YEAR’S TOP-5 RETURN: The Lobos swept the top-seven spots en route to a runaway victory at last year’s Mountain West Championships, and the team returns the top-five finishers from that race including Mazza-Downie. Emma Heckel is set to compete again, after placing second at last year’s championship meet with a time of 19:37.9 minutes. Gracelyn Larkin took third last fall in a time of 19:41.2 minutes which, like Heckel, counted as her personal best in the 6k distance. Abigail Goldstein was the fourth-place finisher at last year’s championships with a personal-best 19:44.2 minutes, and Ali Upshaw also posted a PR to place fifth in the championship meet with a time of 19:46.0 minutes.

THORNER, FIREZGHI BRING MW EXPERIENCE TO TABLE: Elise Thorner will compete in the MW Championships for the third time in her UNM career, placing 13th in the 2021 spring event and 26th at the meet last fall. She is coming off her collegiate best in the 6k distance, running a time of 20:18.0 minutes at the Nuttycombe Invitational on Oct. 14. Semira Mebrahtu Firezghi is another key returner to the Lobo lineup this fall, and the redshirt sophomore will compete in her fifth collegiate 6k race on Friday. She also has MW Championship experience, running in the 2021 event where she placed 15th with a personal-best 6k time of 20:43.7 minutes.

CIONELO, YOHANNES POSSESS CHAMPIONSHIP EXPERIENCE: Hometown junior Nehemiah Cionelo carries a wealth of experience at the conference meet, as he gets set to compete for the fourth time for the Lobos. His collegiate best in the 8k came at the 2019 Mountain West Championships, where he took 28th place with a time of 24:01.7 minutes. Awet Yohannes will compete in his third Mountain West Championship, after placing 28th in the spring of 2021 and 53rd last fall. He is coming off his best 8k time as a Lobo, running a mark of 24:25.0 minutes at the Nuttycombe Invitational.

MULCAIRE COMING OFF 8K PR: Kevin Mulcaire will compete in his first conference meet on Friday, and has a strong stepping stone on his way to the start line. The redshirt senior is coming off his best-ever collegiate 8k, running a time of 24:25.2 minutes at the Nuttycombe Invitational.

CARMIN LOOKS TO CONTINUE IMPROVEMENT IN 8K: Freshman Jonathan Carmin will look to build on his previous two 8k races this fall, and he showed improvement from the first to the second. Carmin ran a time of 24:47.6 minutes in his collegiate debut, and shaved off nearly a full minute with a time of 24:00.9 minutes at the Nuttycombe Invitational.

FRESHMEN SET FOR CHAMPIONSHIP DEBUTS: Redshirt freshman Ethan Brouw has just one official collegiate cross country meet under his belt – a five mile at the Joe Piane Invitational on Sept. 30 – as the Lobos will look to the XC newcomer to contribute on Friday. Fellow redshirt freshman Joshua Galindo, who cut his teeth last spring during the Lobos’ track and field season, will also get his first taste of the championship course on Friday. True freshman Yehonatan Haim will compete in his third 8k of the fall, as he enters his first conference meet with a collegiate best time of 25:22.6 minutes set at the Texas Tech Open on Sept. 17.

REGIONALS HEADED TO ABQ, NATIONALS ON THE HORIZON: After this week’s conference championship meet, the Lobos will host the 2022 NCAA Mountain Regional which is set for Nov. 11. The NCAA national championship will be held in Stillwater, Okla., on Nov. 19 with the women’s 6k race starting at 9:20 a.m. (Central) and the men’s 10k race following at 10:10 a.m. (Central).