ALBUQUERQUE, N.M. – Incoming 2020 freshman signee Gabriella Montoya has been named as the 2019-20 Gatorade New Mexico Girls Soccer Player of the Year as it was announced by The Gatorade Company on Wednesday.

Already tabbed as a United Soccer Coaches High School All-American, Montoya is set to join the University of New Mexico women’s soccer team for the 2020 season after concluding a standout prep career at Volcano Vista HS.

In her final season at Volcano Vista this past fall, Montoya helped lead the Hawks to a 19-2 record which culminated in the Class 5A New Mexico State Championship. A defender, Montoya helped anchor a Hawks’ defense that surrendered just six goals in 21 games. She also added seven goals and seven assists to her personal ledger as well.

When the Lobos take the field for 2020, Montoya will be one of two Gatorade New Mexico Girls Soccer Player of the Year honorees on the team joining 2018-19 honoree Eliza Mariner. Mariner is an incoming transfer by way of Cornell University. 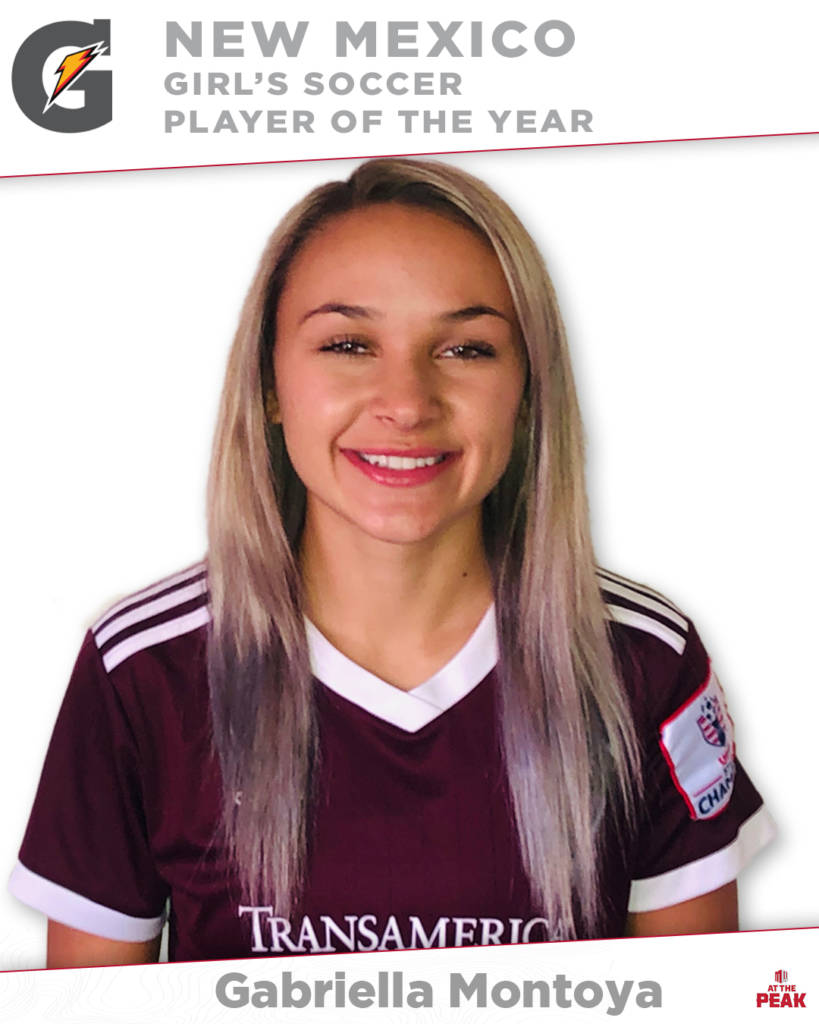 About the Gatorade Player of the Year Award