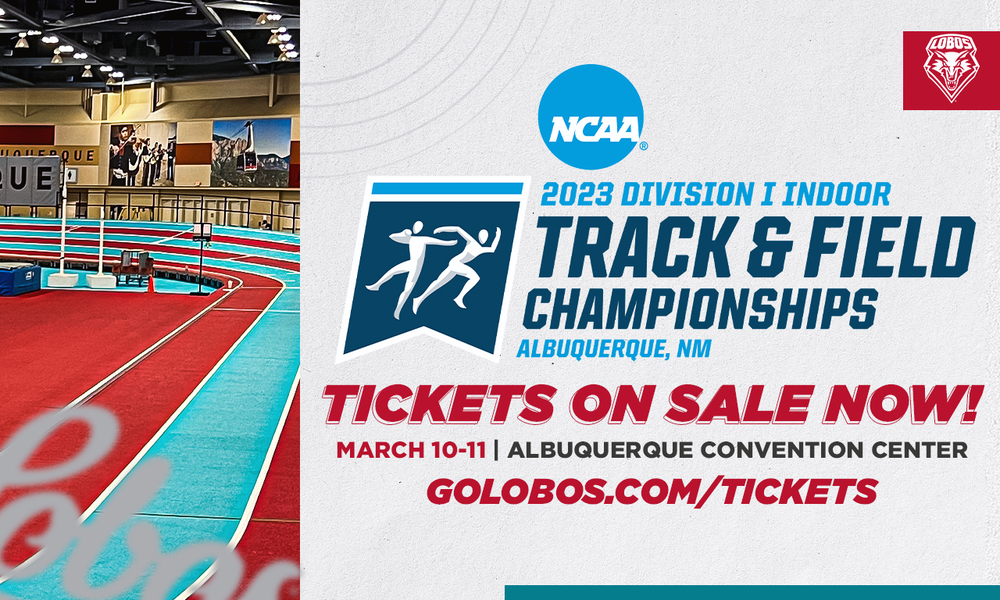 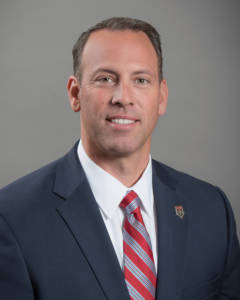 On behalf of The University of New Mexico and city of Albuquerque, I would like to welcome you to the 2023 NCAA Indoor Track & Field Championships. It is a truly unique opportunity to host a meet of this caliber in our community, and our goal is to ensure all attendees have enjoyable and memorable experience.

Our staff has worked hard to put together a great championship and we have eagerly looked forward to this event for some time. Please know that all of us are here to ensure you have a good experience in Albuquerque, and we are happy to serve you and answer any questions you may have.

We look forward to a great event.

Bringing the track to Albuquerque was a confluence of good timing, a proactive city council and an irresistible sale. In spring of 2004, Albuquerque city leaders learned of a $1 million unused and undamaged indoor track sitting in storage in Canada that could be purchased for a mere $500,000. The state-of-the-art Mondo track had originally been ordered, then later declined, for use in the Los Angeles Staples Center arena.

The track finally found a home inside the Convention Center in downtown Albuquerque and made its debut on Jan. 15, 2005 for the inaugural Albuquerque All-Comers meet, ending a 20-year absence of an indoor track in the Duke City.

Nearly identical to the track used by the University of Arkansas at the Randal Tyson Track Center, Albuquerque’s new indoor facility received rave reviews from athletes, coaches and fans. Like the Arkansas facility, which has hosted a number of NCAA Indoor Championships in the new millennium, Albuquerque and University of New Mexico officials believed the city would become a destination for some of the nation’s premier events and they were right.

The new Albuquerque indoor track is a 200-meter, 60-degree banked track that has 60-meter straightaways running the entire length of the facility. It also includes men’s and women’s jumping runways and pits, as well as an areas for shot put, pole vault and high jump events. The surface of the track is red and white Mondo.

The Albuquerque All-Comers meet marked the University of New Mexico’s first indoor competition at home since hosting the 1987 Western Athletic Conference Championships in Tingley Coliseum at the New Mexico State Fairgrounds. The Lobos under Joe Franklin now regularly host between four and six indoor meets per year, not only giving the Lobos a home track advantage, but bringing in countless numbers of teams, participants, and fans, pushing the economic impact of the track beyond the original estimates.

In the mid-60s Albuquerque was one of the nation’s elite indoor track and field locations. The 1966 AAU Indoor Nationals (now known as the USA Indoor Track & Field Championships) drew a two-day total of nearly 20,000 fans to Tingley Coliseum and was featured on the March 14 cover of Sports Illustrated. Albuquerque officials were able to lure the meet away from its regular home at Madison Square Garden in New York City that year.

Tickets are available for purchase online at www.golobos.com/tickets

Each day of the championship meet will feature a live video stream available on ESPN+.

NCAA is a trademark of the National Collegiate Athletic Association.