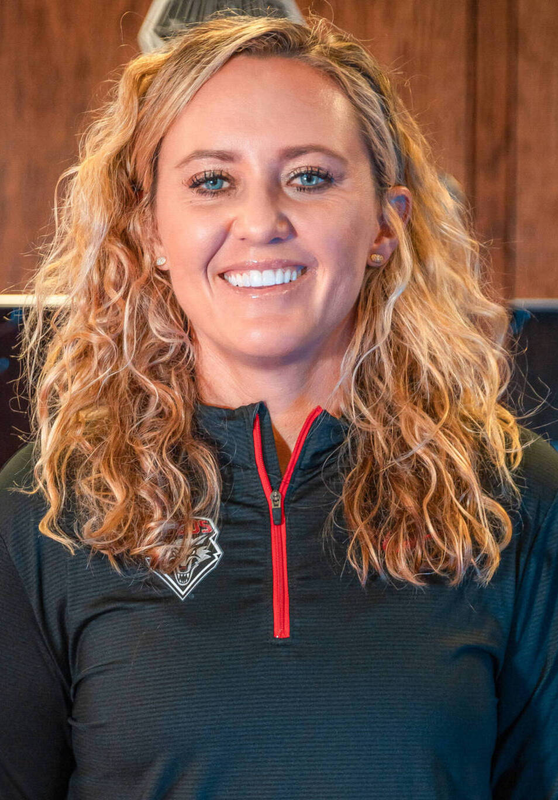 Nicole Dickson enters her first season at The University of New Mexico and became the sixth head coach in program history when she was hired on June 3, 2022.

“I am excited to have Nicole join the Lobo Family,” said Vice President/Director of Athletics Eddie Nuñez. “She has been highly successful at multiple levels and she has a history of building programs.  Her vision for what Lobo Softball can be, and how to build it, is what we need to bring our program to a championship level.”

Dickson spent the last six seasons as the head coach at Stephen F. Austin, with the Ladyjacks surpassing 30 wins in four of five seasons and were on pace for another stellar result in the shortened 2020 season with a 19-4 record. Through her six seasons, Dickson compiled a 169-123 record and was named the 2021 Southland Conference Coach of the Year.

“I am grateful for the opportunity to join UNM Athletics,” stated the new Lobo head coach. “I really value, and aligned with, the core values and vision for the program. Both Eddie Nuñez and Deputy A.D. for External Affairs Dave Williams are all in, and are willing to support the student-athletes to have a quality experience and want to see softball be successful. I loved the community and coaches and the beautiful campus sells itself.

“I am excited to work with the student-athletes and develop a competitive, hard-working culture focused on getting better every day. The goal is to compete for championships and represent the campus and community positively on and off the field.”

In her latest season at SFA, the Ladyjacks went 18-6 in conference play and 31-27 overall, winning the Southwest Division and advancing to the WAC Tournament final as the No. 2 seed. The Ladyjacks had three players make the All-WAC team with Kassidy Wilbur claiming Pitcher of the Year. Wilbur struck out a conference-best 219 batters, holding the opposition to a .211 batting average while recording a WAC-high 37 appearances and tying the WAC lead in wins with 19. In her 18 complete games, she recorded a conference-high six shutouts.

Prior to that, the Ladyjacks won their second Southland Conference regular season title in 2021 with a 35-12 overall and 25-2 conference record, resulting in Dickson being selected Coach of the Year.

As a result of Dickson’s and the Ladyjacks’ success, three players were named to the 2021 NFCA All-Region Division I teams, with two first team selections and a third team selection. In addition, under her guidance, SFA had seven named to the all-conference teams that included the Southland Conference’s Pitcher of the Year, Hitter of the Year and Player of the Year. Wilbur was also named Southland Conference Pitcher and Player of the Year in the league, the first time a Ladyjack has collected both honors simultaneously, as well as named a JWOS All-American Second Team.

Further, in 2021, the program set three program records. SFA’s 25 league wins and just two conference losses were a program best, with the team setting another program record with 18 consecutive wins.

In the shortened 2020 season, Dickson and the Ladyjacks went 19-4 and set a program record with a then-13 consecutive wins with a NCAA Division I best nine true road wins.

Dickson earned a B.S. in health and physical education from Eastern New Mexico in 2008 and earned a master’s is sports management and kinesiology from Hardin-Simmons in 2009.