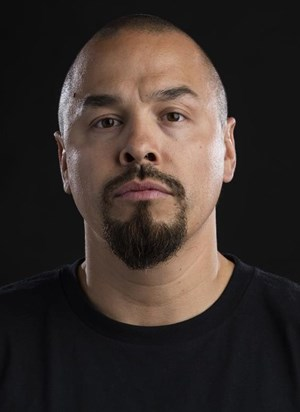 Matthew Flores enters his second season as strength and conditioning coach at UNM in 2022-23. Flores joined the Lobo squad after spending two seasons with the Utah Valley Wolverines.

In 2020-21 at Utah Valley, Flores helped the Wolverines to a conference championship and developed Fardaws Aimaq, who went on to receive both conference and defensive player of the year honors. Flores also developed three other all-conference players last season.

Flores is no stranger to being on head coach Richard Pitino’s staff as he was a graduate assistant at the University of Minnesota during the 2018-19 season. That season, Pitino and his staff led the Gophers to the second round of the NCAA Tournament.

Flores comes to UNM with a vast amount of experience from high school to the professional levels. From 2015-2018, Flores was the head strength and conditioning coach at two high schools, while running his own performance business.

Flores has experience that stretches from the Midwest all the way to the Far East. In 2013, Tim Grover selected him to lead Attack Athletics in Shanghai, China, where he trained gold medal-winning hurdler Liu Xiang. He helped create individualized training plans for Shanghai’s national volleyball team members for the 2014 World Cup, the Shanghai Octopus and the Shanghai Golden Age professional volleyball teams. The Golden Age professional volleyball team won two international medals, including a National Championship on the men’s team and a National Runner-Up performance on the women’s team.

In 2013, Flores was the senior assistant strength coach at Catalyst Sports Medicine in Wisconsin. He led multiple high school athletes to successful seasons and Division I scholarships. At the same time, he was assisting the University of Minnesota with their basketball, hockey, volleyball, wrestling, and softball teams.

Flores’ resume also includes stops at Arizona State and Portland State, where he worked with their football, basketball, wrestling, and tennis programs. Flores served in The United States Marine Corps from 2001-2006. From 2005-2006, Flores prepared his squad for their deployment to Iraq, calling it one of the most influential experiences of his life.

Flores earned his bachelor’s degree in exercise and wellness from Arizona State in 2012. He also earned a master’s degree in exercise science from California University of Pennsylvania in the spring of 2018. He is certified through the National Strength and Conditioning Association (CSCS), National Academy of Sports Medicine (PES), USA Weightlifting (Level 1), and is also a certified speed specialist through the NASE (CSS-II).

Flores, a native of Minneapolis, Minn. is married to the former Kristin Garcia.