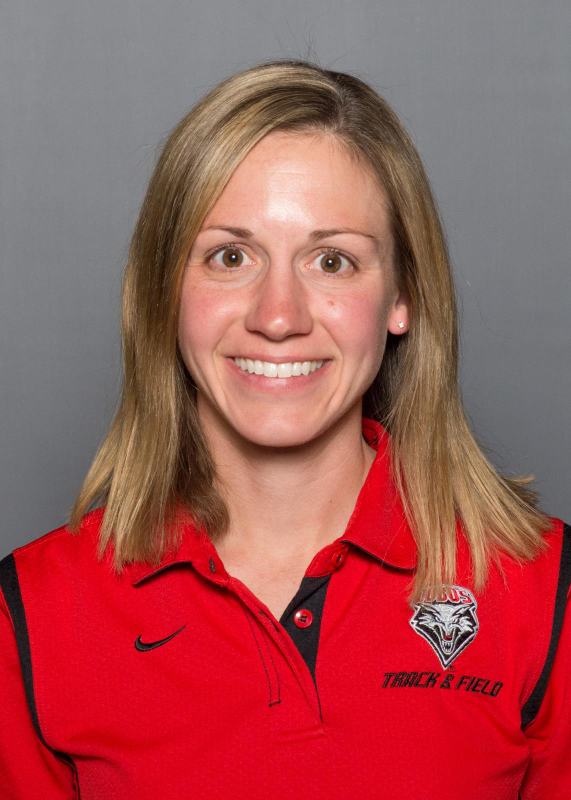 Laura Bowerman was hired as the associate head coach with The University of New Mexico’s cross country and track & field program in 2016 after serving as an assistant coach as well as a stop at Florida State as a volunteer assistant coach.

During the 2015 cross country season, the Lobos’ women’s cross country team stormed to one of the most dominant seasons in NCAA history, winning the national championship behind five All-Americans. New Mexico had all five of its scorers place in the top 25. He also helped coach the Lobos to a second NCAA title in 2017, as they have four scorers place top-15. Additionally, the Lobos have won three-straight Mountain West cross country titles during Bowerman’s tenure in Albuquerque, extending their streak to 10 in a row.

Prior to her stint at Florida State, she worked in the endurance sports industry with IRONMAN in Tampa, Florida, and has had previous sports marketing and event management roles for USA Track & Field and for the Albuquerque Convention & Visitors Bureau.

Bowerman completed her undergraduate education at Florida State, where she earned degrees in psychology and geography and competed for the Seminoles in cross country and track. She participated at the NCAA Cross Country Championships twice, once qualifying as an at large individual and then a second time as a team. She earned All South Region honors in 2004 and 2005. On the track, she earned the Seminoles’ first ACC Freshman of the Year accolades and was an NCAA regional track qualifier in the 5000 meters. Bowerman earned All-ACC honors in the 10000, as well.

Bowerman went on to earn a master’s degree in Sports Administration at the University of New Mexico, where she ran for the Lobos. On the track as a Lobo, she earned Mountain West Conference honors in the 5000-meter run. In Albuquerque, she coached cross country for a season at Volcano Vista High School.