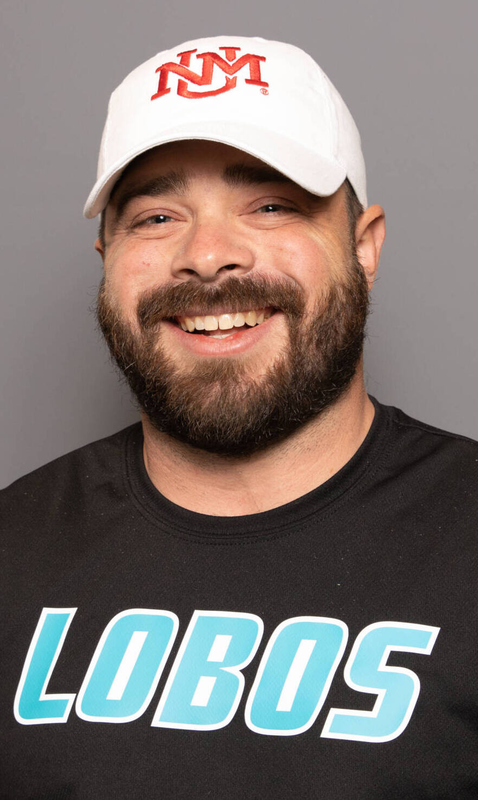 Brandon Maurer enters his second season after joining the UNM softball coaching staff as the pitching coach for the Lobos in September 2020.

“I am thrilled that Brandon has joined our staff,” head coach Paula Congleton said. “I believe he will have an immediate impact in developing our pitching staff. I am looking forward to working with Brandon and believe our players are going to respond positively to his coaching style.  I have no doubt he will excel and be a great asset to Lobo Softball.”

Maurer comes to Albuquerque from Fullerton College, where he was an assistant coach and oversaw the pitching group for the past two seasons.

“I am honored to be a part of the New Mexico coaching staff. This program has a rich history and the coaching staff and I share the same vision in taking this team back to the top.

“The pitching staff is extremely talented and eager to learn. They want to get better every single day. It is a pleasure to be able to work with these student-athletes and help them reach their ultimate potential. I would like to thank Coach Congleton and Coach Tyler Heil for this opportunity and bringing me aboard their staff. Their vision and passion for this program is unmatched and I’m excited to be a Lobo.”

During the 2019 season, the Hornets made the state tournament for the first time since 2005 and finished fifth in the state. Two of the pitchers made the all-state selection team, the first time in the program’s history that two pitchers from the same team were all-state selections. In addition, one pitcher was named the Orange Empire Conference MVP.

The 2019 team ranked in the top five in Fullerton College softball history in wins, strikeouts, and fewest hits allowed. As a result, the coaching staff was awarded with the NFCA Cal JC So-Cal Region Coaching Staff of the Year.

Prior to his time with the Hornets, Maurer was a graduate manager at Cal State Fullerton, where he assisted with the development of the pitching staff.

With the Lobos, Maurer will work with a pitching group of six, including three returners.

“I’m excited to be able to coach what is a young and emerging pitching staff at The University of New Mexico,” Maurer stated. “Ultimately I want to bring the competitive edge to our staff to be able to compete with the top teams across the nation. We have some great athletes in our pitching staff at New Mexico that are ready to work and get better. I’m excited to see what they are going to accomplish this season and beyond.”

Although he earned his degrees at Cal State Fullerton, he has a prior history with The University of New Mexico as his brother, Michael, earned his PhD in psychology from UNM in 2019.