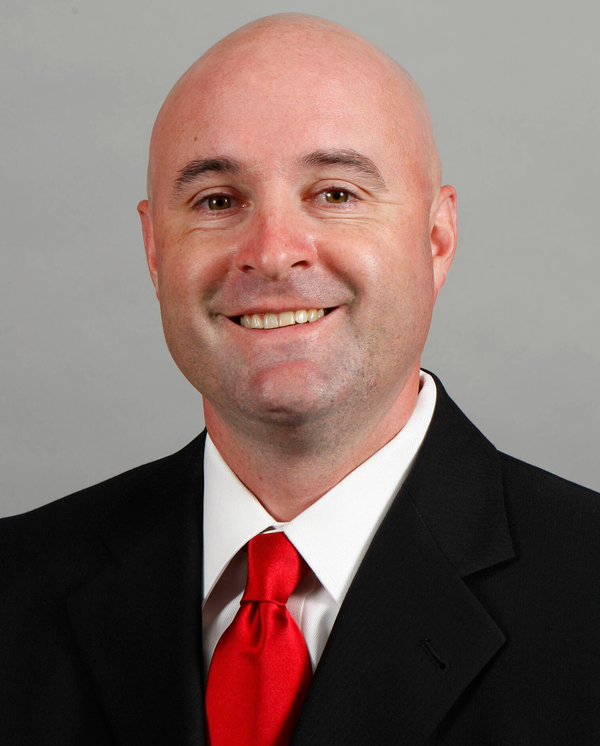 Veteran coach Andy Hill enters his second season with the Lobos in 2022-23, having nearly 20 years of experience on the bench of Division I programs.

Hill came to UNM after serving as an assistant coach at Utah for 10 seasons. At Utah, Hill helped lead the Utes to back-to-back NCAA Tournament appearances in 2015 and 2016, including a Sweet 16 appearance in 2015. In his tenure with the Utes, Hill also helped guide his teams to three NIT appearances including an NIT runner-up finish in 2018.

During his time at Utah, Hill was part of a staff that developed three, consecutive, first-round NBA Draft pics in Delon Wright (2015 Pac-12 First-Team All-Conference), Jakob Poeltl (2016 Pac-12 Player of the Year) and Kyle Kuzma (2017 First-Team All-Conference). During that stretch, the Utes were the only Pac-12 school to produce a first-round draft pick in three-consecutive years.

Hill helped the Utes to five consecutive 20-plus win seasons while also helping Utah to finish in the top four of the Pac 12 standings five times.

Prior to his tenure at Utah, Hill was an assistant coach at Montana for seven years where he helped lead the Grizzlies to three NCAA Tournament appearances. He was was also a member of the 2005-06 coaching staff that helped Montana to its first NCAA Tournament game since 1975.

While at Montana, Hill helped guide the Grizzlies to the Big Sky Conference Tournament Championship game in four of his seven seasons. He helped coordinate Montana’s Roundball Club annual coaching clinics and fundraising efforts and was also responsible for scheduling games, camps and recruiting. In addition, he organized community service events with the Missoula community and the state of Montana.

Hill began his coaching career at Whitworth College in Spokane, Wash. from 2000-01 where he worked for legendary coach Warren Friedrichs. Early in his career, he also coached at Lewis-Clark State College (2001-03) where he helped the Warriors to the NAIA National Tournament before serving as a graduate assistant at Eastern Washington (2003-04). The year he was at Eastern Washington, the Eagles won the Big Sky Conference.

The son of a former coach, Hill graduated from Eastern Washington in 2000 with a degree in education. He has one son, Garrett.