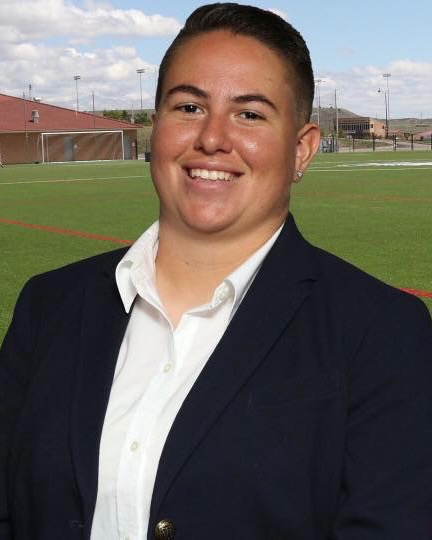 Pascale Rocca joined The University of New Mexico in August of 2021, and she serves as Director of Operations for Lobo Soccer.

As the Director of Operations, Rocca will handle many of the day-to-day duties in running a nationally competitive women’s soccer program. Rocca will be involved with scheduling, academics and serving as a liaison with many campus departments. She will also work with UNM’s marketing and communications office and the Lobo Club to help promote the program.

Rocca received her bachelor’s from the University of South Carolina Beaufort, where she also competed on the women’s soccer team. She was a two-time team captain and was part of the program’s first postseason appearance. She also has a Master of Science with an emphasis in Sport Administration from the University of Northern Colorado, which she completed in May of 2021.

In her time at CSU Pueblo, Rocca coached the Pack to their first NCAA Tournament appearance in 2016. As a team, the ThunderWolves have qualified for the RMAC Tournament in each season Rocca was on the sidelines.

Rocca has helped to coach 20 RMAC All-Conference picks, 1 RMAC Player of the Year, 33 All-Academic Honor Roll recipients, and in 2019-20, the team finished with a 3.692 Grade-Point Average, highest among all CSU Pueblo teams.