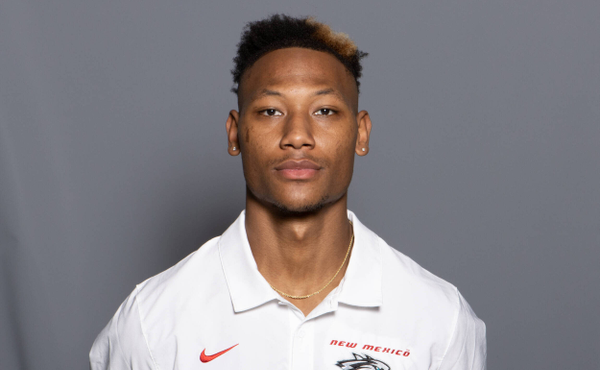 2021 (Redshirt Junior Season): Opened the season as the No. 2 quarterback but eventually became a starting receiver, and was lost for the season after an injury on the opening drive against UNLV … ended the season 1-2 passing for five yards, rushed nine times for 27 yards and caught ei8ght passes for 52 yards with a touchdown … opened the season at receiver, throwing a pass to quarterback Terry Wilson on the first play of the year … in his first game at receiver, he caught three passes for 23 yards against Air Force, including a 21-yard touchdown … had three catches against San Diego State for 18 yards … had a season-long rush of 21 yards against UNLV, getting tackled and injured at the 1-yard line, ending his season with a broken ankle.

2020 (Redshirt Sophomore Season): Played in four games, starting three … went 53-107 for 518 with no touchdowns and three interceptions … also rushed 39 times for 102 yards and caught one pass for 16 yards and a touchdown … came on in relief late against Hawai’i and threw for 398 yards and leading UNM to a late field goal … started against Nevada and went 17-for-32 for 195 yards with an interception … rushed 16 times for 27 yards with a long of 11 … caught his first career touchdown pass in that game, scoring from 16 yards out on a trick play … set career highs against Air Force for completions (23), attempts (42), yards (221) and longest pass (49) against Air Force … was 11-for-21 for 63 yards against Utah State before suffering a season-ending injury … rushed for 70 yards on 13 carries in that game.

2019 (Redshirt Freshman Season): Saw action in three games, including earning his first start in the season finale against Utah State … on the season he rushed for 163 yards and two touchdowns on just 28 carries, and he went 15-for-28 passing for 162 yards with four touchdowns and two interceptions … was responsible for six touchdowns, third-best on the team, despite only seeing significant action in two games … went 10-for-21 passing in his first career start against Utah State with two touchdowns and two interceptions … threw for a pair of touchdowns against Air Force in relief

2018 (Freshman Season): Redshirted, but did see action in one game, rushing once for six yards against UNLV.

High School:  Lettered at Henderson High School for coach Phil Castles, and also lettered in basketball … led the Lions to an 11-3 mark as a senior, where he played as both a quarterback and a safety … rated a three-star recruit by 247Sports … was named District 9-4A Offensive MVP … one of his top games came against rival Kilgore, totaling 402 yards of offense, throwing for one touchdown and rushing for four others, accounting for all of his teams’ points.