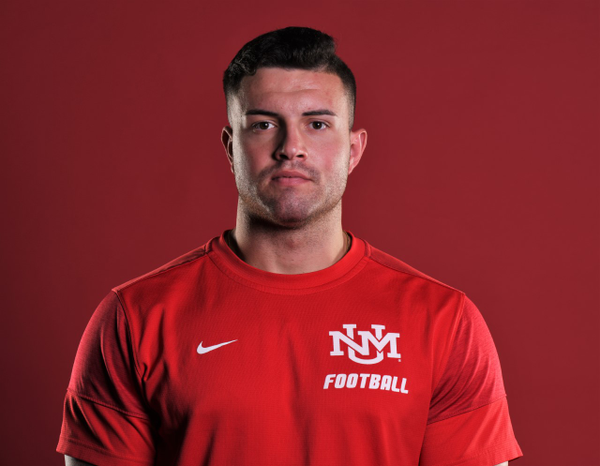 Matt Clark joined the Lobos in 2019 as an offensive graduate assistant, coming to UNM after playing at Western Illinois, where he played for two seasons after transferring from Eastern Kentucky.

With the offense, Clark will work with UNM’s tight ends, handling practice planning, film breakdown and on-the-field coaching. He also will help with statistical analysis and film preparation.

At Western Illinois, Clark caught 12 passes for 117 yards as a senior, earning the Missouri Valley Football Conference President’s Council Award and being named to the MVFC Honor Roll.

Clark graduated from Eastern Kentucky in 218 with a degree in finance, and he graduated from Western Illinois in the spring of 2020 with a master’s degree in sports management. This is his first post graduate coaching position.